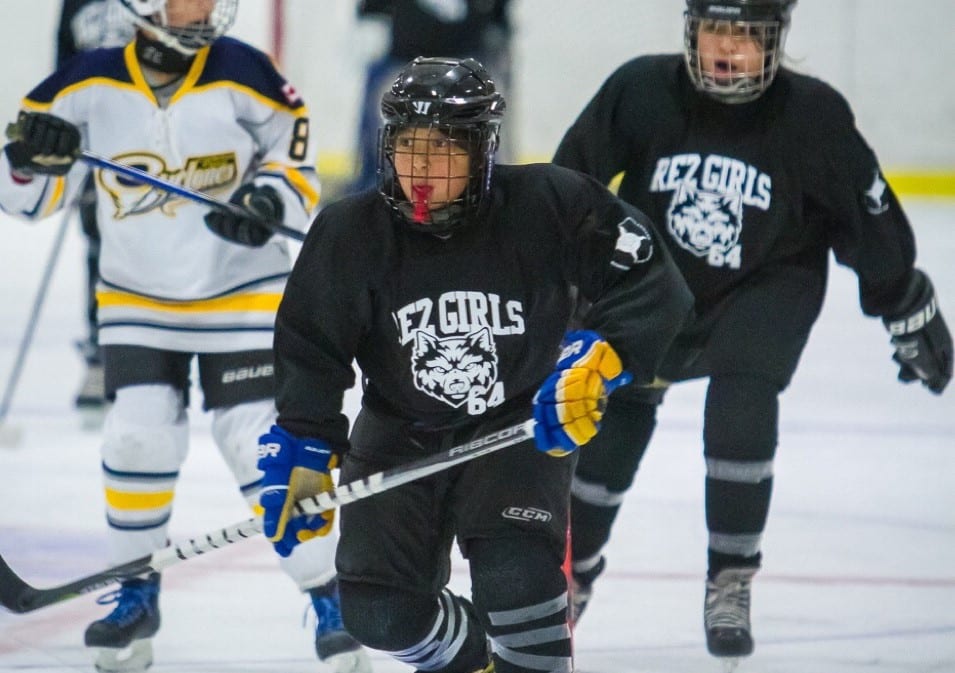 When the City of Markham signed a historic agreement of Cultural Collaboration with Eabametoong First Nation in 2017, hundreds of hockey bags were sent to players in need of equipment living 360 kilometres north of Thunder Bay and about 1,000 kilometres north of Markham. Their team had no equipment, no ice time and no place to get changed. Thanks to the generosity of many, especially from the Markham community, they have been given a chance to live their hockey dreams.

Now, the city is asking for the community to get the girls’ hockey team a proper ice pad. Katie Koopman is spearheading the campaign. She can be contacted at [email protected].

“Hockey is a universal constant in Canada, a joy for so many children and its easy access is often taken for granted,” said Koopman. ‘It is hard to fathom that basics such as skates, a stick, a mouthguard and a proper ice surface are out of reach to many First Nations youth, including those in Northern Ontario. With the Truth and Reconciliation Commission’s 94 calls to action and continuing coverage of the inter-generational trauma inflicted on Indigenous Peoples from residential schools, there is an increasing awakening by our country’s population that more must be done to right past wrongs and to enter into and further relationships amongst various communities. Here is a tangible and easy way to start down that path and make a long-lasting difference in these girls’ lives.”

The bar is set high, at $90,000 to be collected in 30 days. But, says Koopman, “it’s a realistic goal, based on the huge community support in 2017 during the equipment fundraiser.”