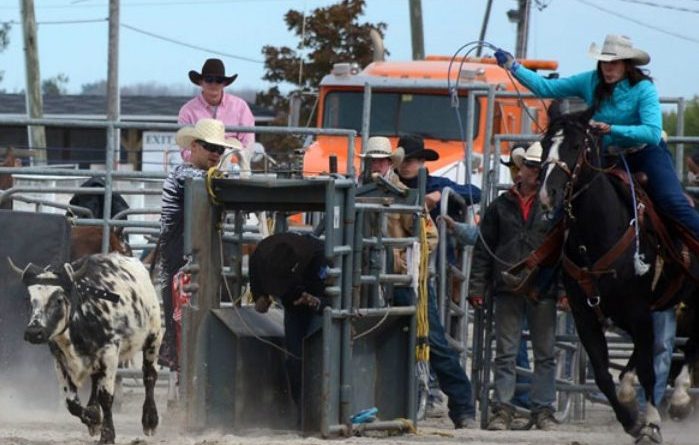 Tis the season for fall fairs but unfortunately COVID-19 has put that annual ritual on hold until next year.

The weekend before Thanksgiving usually means great fun with family and friends at the local fair. The Markham Fair has been providing amazing entertainment and agricultural education for more than 150 years.

Captain Wm. Armstrong had the idea for the first fair. He came to Markham Township in 1824 and bought 300 acres of land in Markham Village on the south side of Highway 7 from Highway 48 to Ninth Line. He lived there until he died in 1879 at the age of 87. Records show that there was a local agricultural fair held in 1844 under the presidency of Capt. Armstrong. The Fair Board bought 30 acres of Armstrong’s farm in 1902.

The Stouffville Branch Agricultural Society held a meeting called in 1856 at Mr. Joseph Ferris’ Inn for the election of new officers for the year. Thanks was shown and given to Mr. Edward Wheler for his work as president for the past year. Hence we can say that the society was operating in 1855.

In Stouffville in 1878, there was only one street running north and south, it was Church Street. Stouffville Fair was held just north of the Methodist (United) Church. There were only two houses on the east side of the street and Burkholder’s furniture shop (now O’Neill’s funeral home).

Stouffville Tribune in 1889 lists J. Yake with a livery stable on “Fair Ground Street.” The fair had changed locations to what is now the southern portion of Lloyd St.

October 4, 1889, yes it rained on the Stouffville Fair which was held.  It nearly always does just ask any longtime resident. It was emphatically beastly. Nevertheless, there was a splendid show of articles in all classes, the total number of entries being over 1,000. It was the largest fair ever known at Stouffville. The items included fancy work, fruit, butter etc. The exhibit in the “main building” was especially good where every available corner was occupied by some article.

The Town of Markham passed a milestone in 1976, as the old fairgrounds at highway 7 and Highway 48 were used for the last time. It was the site of Ontario’s largest agricultural fair for the past 122 years. A much more expansive and ample grounds were being constructed on the 7th line (now known as McCowan Rd.) at Elgin Mills Road.

Groundbreaking for the new Markham Fair site on the 7th Line Markham was a group effort as those present pulled a plough to turn the sod. The old fairgrounds in the fall of 1976 had over 100,000 people attending.

In 1977, the fair relocated to its current site on McCowan Rd. where the four-day fair is held annually.