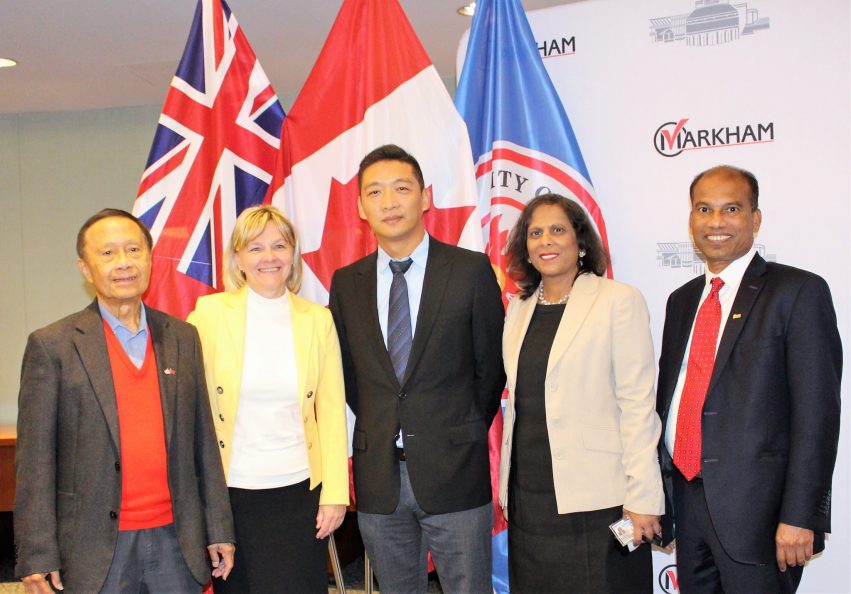 The city further solidified its friendship with China’s Shunde District in an intention agreement signing ceremony Oct. 26 at the civic centre. This step further strengthens the already healthy relationship between the two technology hubs.

Mayor Frank Scarpitti and Members of Council joined Huang Hai, executive member of the standing committee of the CPC Shunde District, Foshan City, Guangdong Province for the mutually beneficial signing. “This agreement signals the City of Markham’s continued commitment to the Chinese community and our mutual pursuit of economic growth and prosperity – in Canada and around the world,” read a statement from the city.

“Investment and cultural ties with countries around the world are truly important to building on Shunde’s reputation as the southern Silicon Valley of Southern China,” said Scarpitti. He went on to say that “we do have a common bond in the high tech industries that are in Shunde and also here in the City of Markham”, which he described as the “northern Silicon Valley of North America.”

The agreement signing ceremony was followed by an outdoor unveiling of the new Shunde Way in King Square.