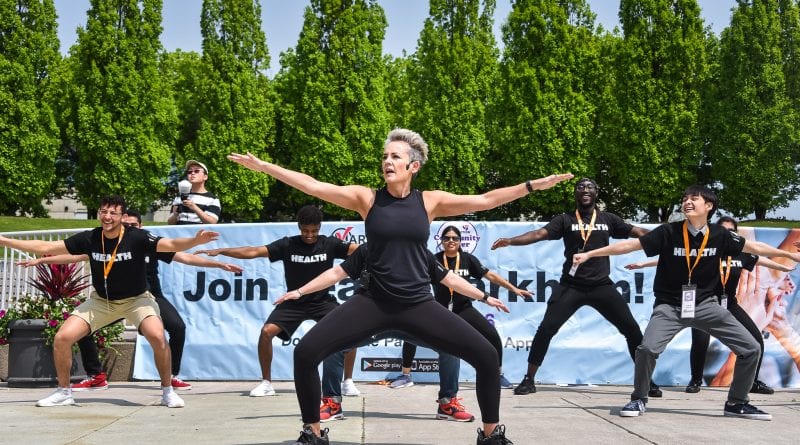 The City of Markham kicked off its inaugural ParticipACTION Community Better Challenge and is encouraging residents to help it become Canada’s Most Active Community.

People of all ages and abilities are invited to download the ParticipACTION mobile app for iPhone or Android to track their daily physical activity and earn points for Team Markham based on their postal code. For more information, visit markham.ca/communitychallenge.

The challenge is designed to help strengthen communities through physical activity and sport. ParticipACTION, a national non-profit organization whose mission is to help Canadians sit less and move more, will award $150,000 to the community with the most participants and the most active minutes during the challenge, which runs to Sunday, June 16.

The challenge encourages Canadians to get out from behind their screens and become more active for at least 20 minutes per day. Only 18 per cent of Canadian get 150 minutes – less than three hours – of moderate to vigorous physical activity per week.

The Canadian Community Health Survey uses indicators like smoking, alcohol consumption, physical activity and how often Canadians consume fruits and vegetables to calculate a Health Behaviours Score (HBS), which range from zero to four depending on how often healthy behaviours were reported. In 2017, 50.4 per cent of Canadians 18 years of age and older – roughly 13.4 million people – had an HBS of three or four. That percentage was down from 51.5 per cent in 2016.

Photo: Markham kicked off its ParticipACTION Community Better Challenge at the Markham Civic Centre on Friday, May 31 with a demonstration led by a group fitness instructor. Photo courtesy of the City of Markham.