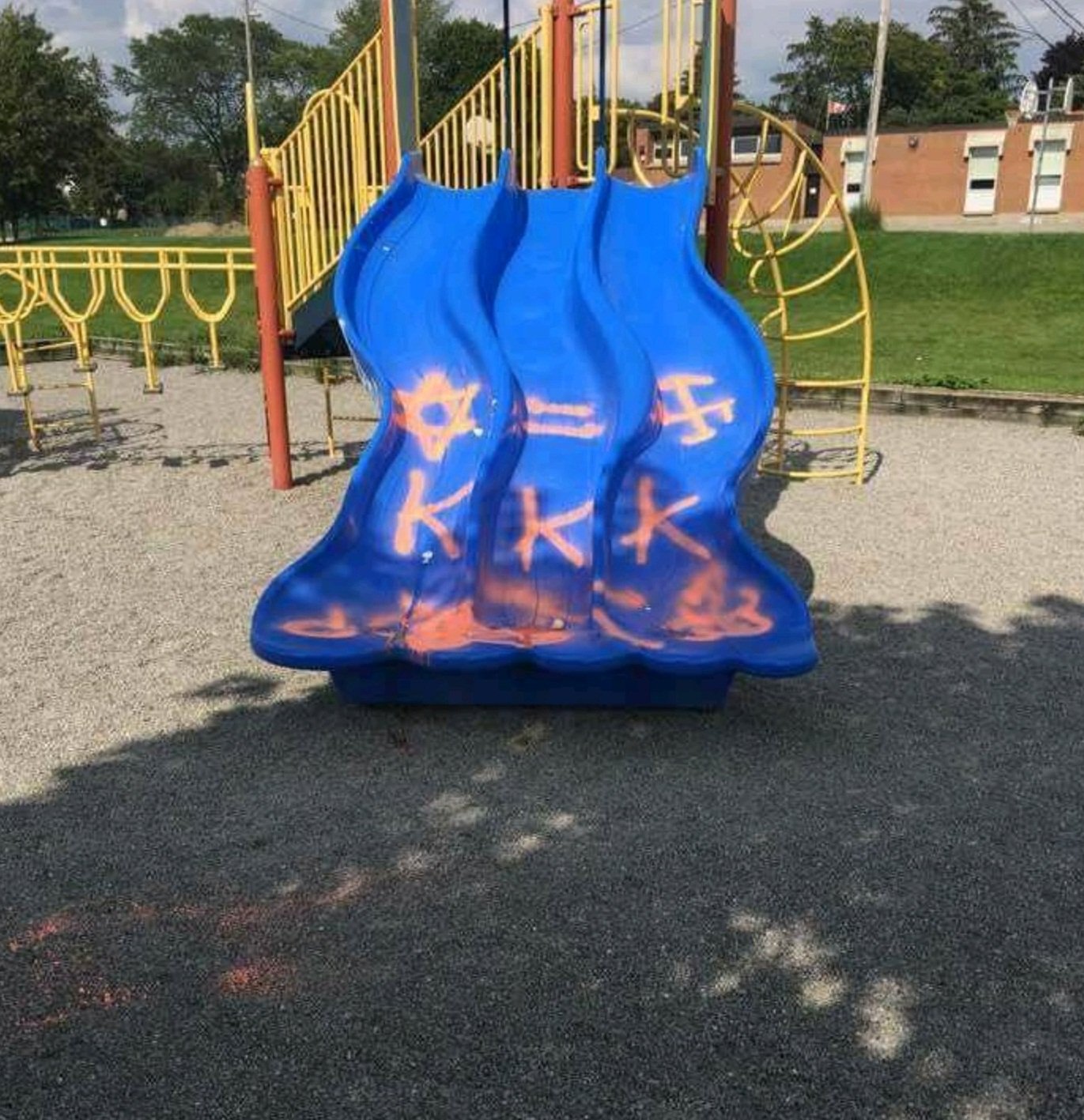 The message scrawled on the slide equated the Jewish Star of David with a Swastika, and below it, “KKK”, the acronym of the Ku Klux Klan, and “white power”.

York Region Police say they are investigating this, and two other vandalism incidents at Markham public schools, that they believe occurred roughly within hours of each other.

Insp. Alvaro Almeida of YRP said vandals spray painted an outside wall with racial slurs on Markham District High School, and nearby Reesor Park Public School. Police believe these incidents may be related, and may have been perpetrated by the same criminals.

The hateful defacement of public property is “quite harmful to the community,” Almeida told the CBC.

“Crimes like these are devastating to everyone who takes pride in being part of such a diverse and inclusive community,” said York Regional Police Chief Eric Jolliffe in a statement.

Kathryn Wallace, York Region District School Board’s interim director, said in a statement that the Board reached out to its co-ordinating superintendent of equity and community services, Cecil Roach, “who is reaching out to community agencies and groups representing those targeted…”

“We stand with the communities targeted by these unacceptable acts and will continue to work with our partners at York Regional Police and community agencies to address such hateful incidents,” Wallace stated.

“Immediate measures” were taken to remove the graffiti, the Board stated.

Reports say that some neighbourhood families swiftly volunteered in scrubbing the graffiti off Markham District High School, CTV News reported, while at Reesor Park P.S., the hateful messages were painted over.