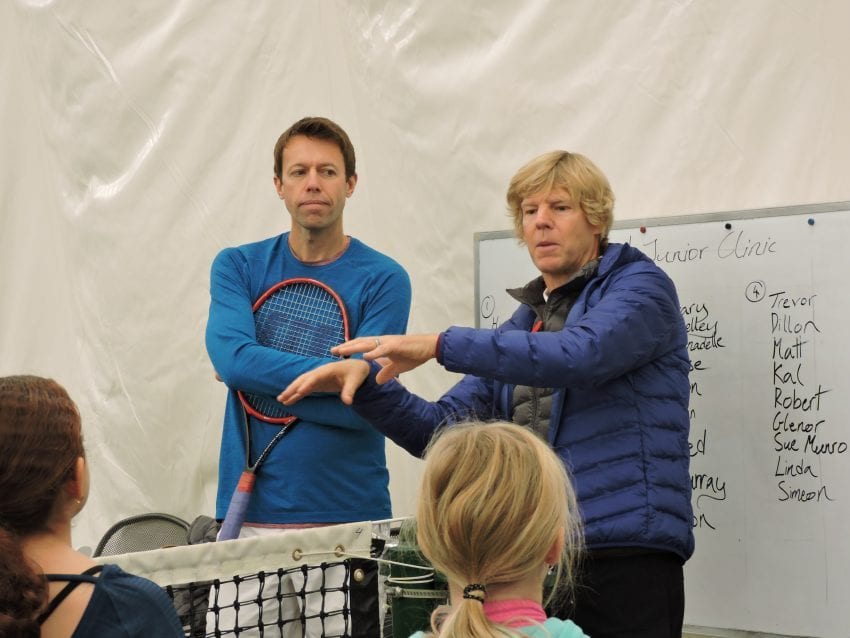 Canadian Tennis Hall of Famer Daniel Nestor shared some of the secrets to his success as he helped the Bayview Golf and Country Club (BGCC) celebrate its 2018 club champions.

“We are very excited to host Daniel and provide an exclusive event for our members where they can get hands-on instruction from one of Canada’s greatest players of all time,” said Geoff Bower, Bayview tennis director. “This is an opportunity that our juniors will remember for many years to come.”

Nestor taught both an adults’ and juniors’ clinic, which were followed by a question-and-answer period at the Thornhill club on Nov. 11. He was inducted into the Tennis Hall of Fame this past summer on the eve of the ATP Masters Series 1000 tournament. The Hall of Fame committee was unanimous in their decision to induct him in his final Rogers Cup, waiving the normal three-year waiting period.

The legendary doubles player turned pro in 1991 and made a name for himself the following year when he stunned top-ranked Stefan Edberg in a five-set Davis Cup thriller at Vancouver, B.C.

In 2009, the Toronto resident became the first player – in singles or doubles – to win a title at all four Grand Slams and all nine ATP Masters 1000 events. In all, Nestor won 12 Grand Slam doubles titles, played in six Olympic Games and represented Canada in 52 Davis Cup ties.