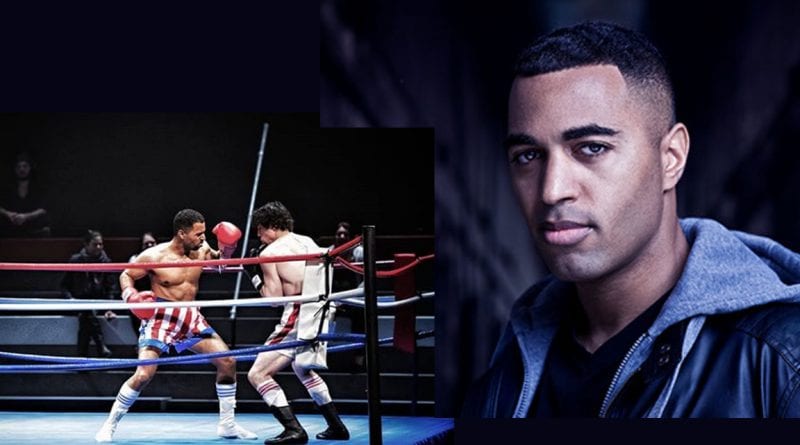 If you’d have asked him at 15 years-old, longtime Markham resident and fixture of the local theatre community, Chris James wouldn’t have even known that a career as a performer was something that one could have. Now, as he prepares to open his second run as Apollo Creed in the Drayton Entertainment production of Rocky: The Musical this summer, he can’t imagine it any other way.

“Starting out in Markham was probably the best thing that could have happened to me,” explains James. “I found myself surrounded by music, theatre, and dancing.”

Nearly everyone that’s been involved in local Markham productions of musicals for the past 15 years or so knows James, or “CJ” as he is called by those closest to him. His many local credits are with companies like Unionville Theatre Company, Markham Youth Theatre, Charactors Theatre Troupe, City Youth Players and others. James’ desire to perform and, perhaps moreso, his passion for helping others succeed at performing has made many wonderful memories for those who dream of doing what he now does professionally.

“It was the adults I met while doing shows in Markham that showed me what was possible,” says James. “The least I can do is pay it forward to others.”

James’ journey started differently than many professional performers. As a young man, he felt lucky that his low income family managed to get him into a good school, Markville Secondary, in a good neighbourhood. HIs dream was to fit in and do well, not to stand out and certainly not to do anything as noticeable as performing.

The one exception was his passion for dancing. When they needed an extra body, James danced in his brothers hip hop dance troupe, G-Movement. The rush he got from a few local appearances onstage was his first taste of what would become his passion.

This taste led him to choose music classes at Markville. Hanging around with the friends he met there led him to being asked to join in when opportunities to perform came along. True to his goal of fitting in, he never said no to an offer and before he knew it, James was performing in Europe with the music department, onstage with the school musical and being recommended by teachers to take part in more performing opportunities in the Markham Community.

Despite his experiences and his successes, James still didn’t think performing was a viable career option, so after university, he set about building a videography business RAK Productions, and continued to perform for fun with local groups. Because there is no shortage of local theatre opportunities in Markham, James found himself in roles that ranged from dancing and singing to choreographing dance and stage combat.

Eventually, he found himself performing so often that maintaining his business as a sole source of income became tougher than he imagined and he began wondering if performing professionally was a possibility for him. He turned to children entertainers Judy and David, whom he had shot video for a few times.

Before he knew it, he was on tour with them singing, dancing, and acting for audiences throughout Ontario.

“The thing about my story is that none of it is possible without Markham,” explains James. “There were just so many opportunities and dedicated local artists in my life, that I found my way to this as a career.”

James continues to work as an actor, dancer, stuntman and fight choreographer in commercials, television and movies. He opens his second run of Rocky: The Musical in Grand Bend this July and he can’t wait for what comes next.

“Entertaining people; performing for people and putting joy and art into the world is the greatest thing I can imagine doing, now,” James says. “That I get to do this for a living is a great feeling.”