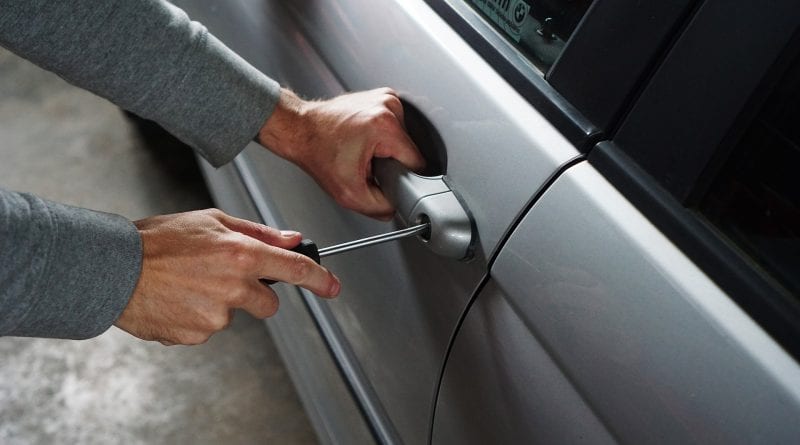 The Insurance Bureau of Canada (IBC) released their annual list of Canada’s most frequently stolen vehicles, which is compiled using data from members across the country. Once again, the Ford F-Series trucks topped the list. These light- and medium-duty trucks are popular with auto thieves across Canada.

What is being stolen?

Nationally, Ford F350 trucks hold the top five spots. In Ontario, thieves target high-end SUVs and trucks, including Chevrolet’s Tahoe, Silverado and Suburban. In Alberta, once again Ford’s F250s and F350s dominate the list. In Atlantic Canada, the Nissan Maxima is stolen most often, followed by the Chevy Silverado and Jeep Liberty.

Where are vehicles being stolen?

Six provinces experienced an increase in vehicle theft in 2017: New Brunswick (plus 28 per cent); Ontario (plus 15 per cent); Quebec (plus seven per cent); Alberta (plus six per cent); British Columbia (plus two per cent); and Newfoundland and Labrador (plus one per cent).

The provincial increases reflect a national increase in auto theft. According to Statistics Canada’s Juristat publication, police reported close to 85,000 incidents of motor vehicle theft in 2017. That’s a six per cent increase over 2016, when 5,900 fewer vehicles were stolen.

When are vehicles stolen?

New Year’s Day is the most common time for vehicles to be stolen. Since people tend to travel over the holidays in cars filled with gifts, it is important to be vigilant and keep a close watch on your vehicle over the festive season. The National Insurance Crime Bureau (NICB), in the United States, reports that vehicles are frequently stolen around the holidays.

Why are they being stolen?

Stolen vehicles may be sold to consumers who don’t know they are buying a stolen car, scrapped for parts or used to commit another crime. Often, stolen vehicles are smuggled out of the country. Sometimes, thieves steal what’s in your car. This could lead to insurance fraud or identity theft, which is on the rise. In 2017, more than 17,500 incidents of identity theft were reported.

Who is behind auto theft?

IBC’s theft analysts suspect that many vehicles are targeted as part of a trade-based money laundering scheme. Often, organized crime rings commit auto thefts and the proceeds are used to fund criminal activities.

The low recovery rate of stolen vehicles indicates the involvement of organized crime and that stolen vehicles are being exported from Canadian ports and border cities. According to the Criminal Intelligence Service of Canada, organized crime groups involved in vehicle-related crime operate primarily out of Montreal and Toronto.

How to protect your vehicle from theft

John Tod, IBC investigative services national director, offers the following tips to protect your vehicle from theft. Never leave your vehicle running when unattended. Park in well-lit areas. When parking your car, always close the windows and lock the doors. Put valuables and packages in the trunk, where they’re out of sight. Keep your car in the garage at night. Don’t leave personal information in the glove box. Take your insurance and ownership documents with you when you park your vehicle.