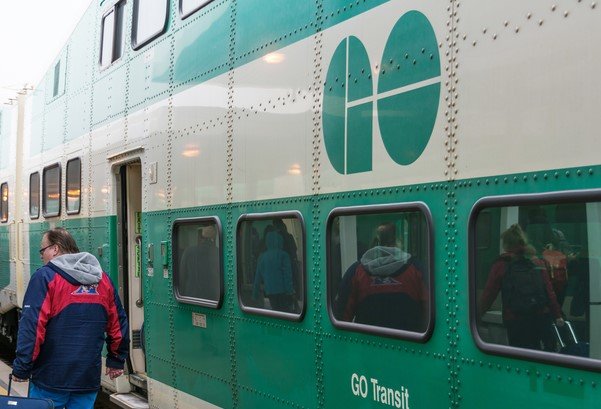 Metrolinx is reducing the PRESTO fares on short-distance GO transit journeys by at least $1, and in some cases by more than $2, starting April 20.

The PRESTO fare for GO trips shorter than 10 kilometres are being reduced to $3.70 — which is a 21 per cent reduction from the lowest GO fare of $4.71. For some trips, the current GO fare levels are reduced by as much as 40 per cent, down to the new $3.70 fare.

The new, lower fare will apply to trips made between any GO stations or bus stops across the region that are within roughly 10 kilometres of each other. Those who pay with single-fare paper tickets will also benefit from reduced fares, going from the lowest paper fare of $5.30 to $4.40.

“These significant reductions in short-distance fares, by at least 21 per cent and by as much as 40 per cent for some journeys, is a huge step towards making public transit even more affordable and more attractive for the people in our communities,” said Phil Verster, Metrolinx president and CEO. “This gives our GO customers a better, faster and easier way to get across town for work, trips to the mall, family visits or a night out.

“Ninety-two percent of our GO journeys are paid for by PRESTO and on some short-distance journeys the fare reduction is as high as 40 per cent because we stretched the fixed $3.70 fare out to 10 kilometres. We are now running 359 more train trips per week than 18 months ago, growing our services by more than 20 per cent in the last year alone. We anticipate an annual ridership increase of two million from these lower short-distance fares.”

In addition to the fare reductions, Metrolinx is also introducing a fare increase for longer-distance GO journeys. The PRESTO fares for journeys greater than approximately 10 kilometres will increase by up to four per cent. With these fare changes, the discount for using PRESTO instead of single-fare paper tickets will increase from 11 per cent to 16 per cent.

“We are actively reducing our costs and expenses every year, by 5.2 per cent last year and another 5 per cent this year,” said Verster. “Having kept fares unchanged for nearly 20 months, inflationary pressures requires us to make a fare adjustment now.”

The Metrolinx Board of Directors will vote on the proposed fare changes on April 10.

The Ontario government is investing nearly $4.4 million to support the long-term sustainability of the province’s vital tourism industry. This