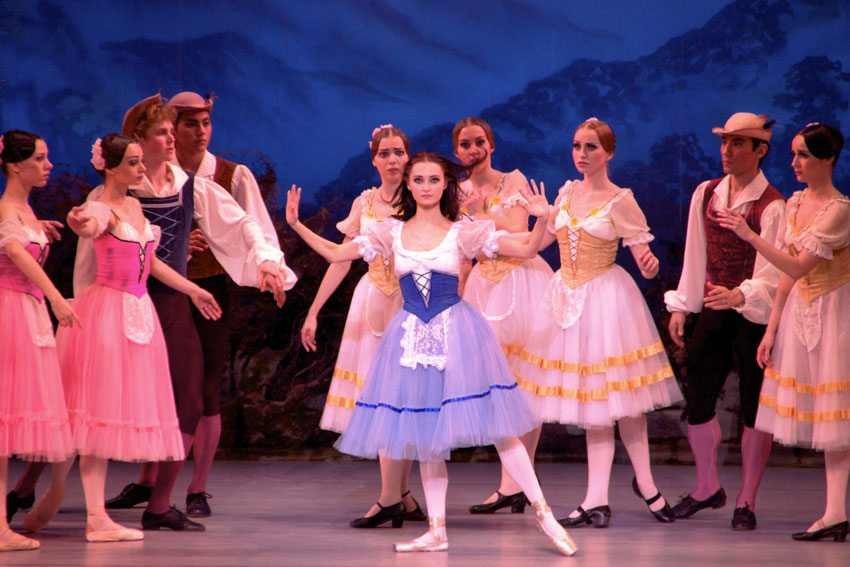 In the great tradition of grand ballet, the Moscow Festival Ballet is bringing the romantic tale of a young peasant girl to the Flato Markham Theatre.

Filled with vengeance, betrayal and death, the romantic ballet, Giselle, was first seen in Moscow in 1843, just two years after its creation in Paris and a year after it was staged in St. Petersburg. Since then, the ballet’s history in Russia has shown a continuous sequence of performances. When Giselle was forgotten everywhere else in Europe – it was dropped from the Paris Opera repertory in 1868 – Russian dancers and ballet masters preserved and honoured it. The Moscow Festival Ballet’s production maintains the Russian tradition of scrupulous production and loving concern for this gem.

It’s about a peasant girl named Giselle, who dies of a broken heart after discovering her lover is betrothed to another. She has fallen in love with Count Albrecht, who has led her to believe that he is a villager named Loys. Her superstitious mother, Berthe, hoping that Giselle will marry the forester Hilarion, warns her against Loys, to whom she has taken an instinctive dislike. Particularly haunting are the Wilis, the spirits of virgin girls that died before they married. They summon Giselle from her grave and target her lover for death, but Giselle’s great love frees him from their grasp.

The Moscow Festival Ballet was founded in 1989 when legendary principal dancer of the Bolshoi Ballet Sergei Radchenko sought to realize his vision of a company, which would bring together the highest classical elements of the great Bolshoi and Kirov Ballet companies in an independent new company within the framework of Russian classic ballet. Under Radchenko’s direction, leading dancers from across the Russia have forged an exciting new company staging new productions of timeless classics such as Giselle.

Giselle. at Flato Markham Theatre on April 10 and 11. Visit markhamtheatre.ca for details.