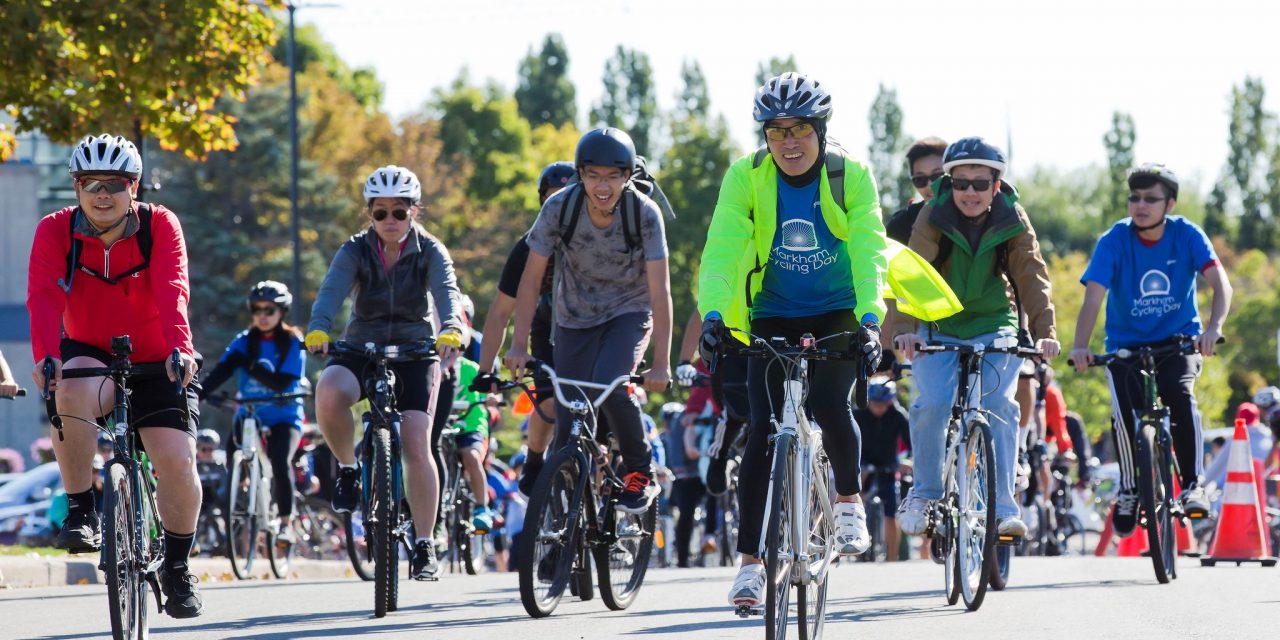 Less than two months after the Tour de France has wrapped up, it’s time for the real challenge … the Tour de Markham?

The local peddling event returns Sept. 23, as the cornerstone of Markham Cycling Day, kicking off at 8 a.m. from the Markham Civic Centre. Hosted by the Cycling and Pedestrian Advisory Committee, the free event aims to showcase the city’s expanding bike lanes and routes for established and new cyclists alike.

“One of (the committee’s) key mandates is to educate, encourage, and promote cycling in the City of Markham,” said Zain Khan, committee member and one of Markham Cycling Day’s lead organizers. “This event is certainly one that promotes that objective. The whole point of putting an event of this scale and magnitude together is to really introduce cyclists to the City of Markham, to demonstrate the fact that there is cycling infrastructure that does exist and does connect a lot of the key points of interest in the city.”

The 2016 census found there is a smaller share of commuters walking or cycling to work than in previous years, though the ones that do are concentrated in urban centres. While Khan said he would like to see more people in Markham embrace cycling as a means of getting around, he’d be happy if people considered picking it up as an occasional weekend hobby, too.

“We’re introducing cyclists to the city and the fact that (Markham) is well connected by bike,” he said. “We’re also promoting cycling to novice cyclists, to encourage it as an alternate form of transport, but also promoting an active and healthy lifestyle.”

To account for different skill levels, the Tour de Markham has different lengths. Riders can cycle a 15-kilometre, 30-kilometre or 50-kilometre tour. The routes are designed to highlight both new and longstanding cycling infrastructure, including the Warden Ave. multi-use path, the Rouge Valley Trail and the cycle track on Highway 7.

Closer to the day’s home base at the Civic Centre, there will be children’s bike races for those aged three to 10.

Khan said the focus of the event is to be for everyone.

“It’s not just for your weekend warrior, ‘Lycra crowd,’” he said, joking about the attire worn by the diehard cyclists. “The event itself is not a race. It’s designed to encourage cyclists to come and explore the city. We’re not discouraging the Lycra-clad crowd, but we’re reaching out to all cyclists — novice cyclists, young cyclists, the Lycra crowd and the recreational cyclists.”

Khan hopes to have 1,250 cyclists out this year, which would be a slight bump from last year’s event, which occurred in the midst of a heat wave.

Cost: Free, but pre-registration is encouraged at Eventbrite, here.