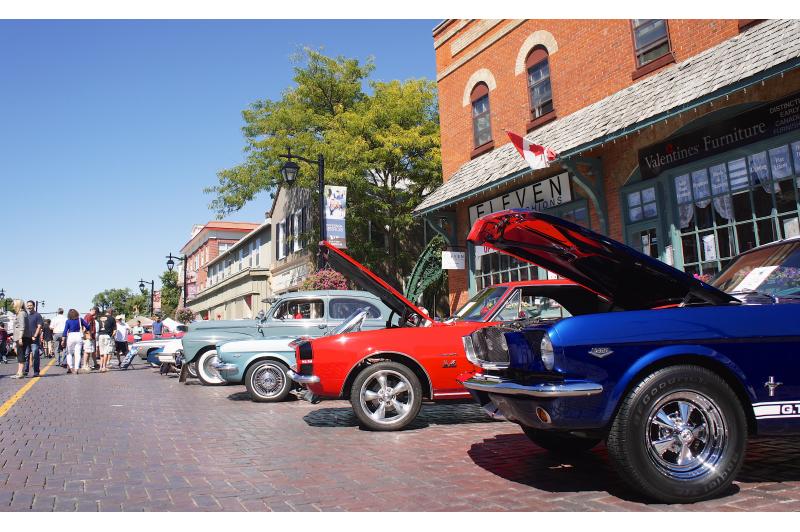 For the 19th year, hundreds of automobiles will line Main Street for the city’s premier car show, the Markham Auto Classic.

Featuring vintage classics that go back almost a century, exotic cars from luxury brands around the world and restored rustbuckets from your youth, it’s a winning combination that brings anywhere from 15,000 to 20,000 enthusiasts to Main St. year after year. The Classic runs Sept. 9 from 10 a.m. until mid-afternoon.

The cars on display may look like museum showpieces, but almost all are as functional as they are attractive.

“These guys work hard on getting their cars fixed up and restored, but they do drive them,” said Judi McIntyre, Markham Village Business Improvement Area (BIA) event coordinator.

It’s not uncommon throughout the year for motorheads to bring their classic cars to shows across the region and province, but the Classic is one of the only shows to actually take place in town.

“Having a car show on a main street is not that usual,” said McIntyre. “Usually they have them in parks and things, so it’s an extra bonus for us and for the car participants as well. They can do some shopping here and we’ll have raffles, and (the BIA will) do everything we can.”

For the BIA, it’s an opportunity to show off the trappings of Main Street Markham to an audience that might not otherwise visit, whether people are from Markham or elsewhere in the region. But the real goal is to raise money for the Centre for Dreams, which provides services for adults with developmental disabilities across York Region.

Organizers are anticipating about 200 classic cars and 50 exotic models to be on display. McIntyre says the event will have lots to offer for those coming with car fans, who might not be as interested themselves.

Brampton Batman will be there with his Batmobile. Kids can also try out model cars and trucks courtesy of Markham’s Pinnacle Hobby store. As well, there will be three stages featuring a full roster of musical entertainment.

And, for the cars that really shine, both literally and figuratively, lots of trophies will reward the show entrants, including best foreign car to best cars of various eras, best engine to best paint job.

What drives the Markham Auto Classic’s success tends to be the nostalgic component says McIntyre. The classic models remind people of the American Graffiti era, where cars were a fixture in everything from drive-in diners to first dates.

“It takes people back to their pasts,” she said. “They just really enjoy it. A lot of people—especially the boomers—grew up learning to drive on these big, old, clunky cars.”