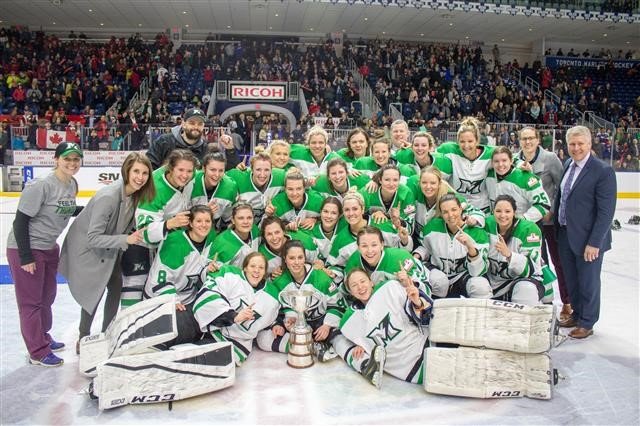 The Canadian Women’s Hockey League (CWHL) board of directors has made the decision to discontinue operations effective May 1. Unfortunately, while the on-ice hockey is exceptional, the business model has proven to be economically unsustainable.

New management, led by Jayna Hefford, and the new board, put in place in summer and fall 2018 respectively, have proactively worked with contract staff, players, general managers, industry partners and corporate sponsors to establish an adequate revenue base, good governance and high-quality hockey on the ice. Unfortunately, the business model that has been the foundation of the league is not sustainable financially.

Founded in 2007 by players and members of the community, the league’s mandate was to grow the sport of women’s hockey. To that extent, it more than achieved its goal. The 12th edition of the Clarkson Cup set a new record for viewership as 175,000 fans tuned in to watch. And the game delivered. Women’s hockey is fast, skilled and generally high scoring, making for excellent entertainment. CWHL includes six clubs throughout North America and China.

The CWHL coaches and athletes are an inspiration to women around the world. Locally, the Toronto Furies and Markham Thunder players consistently make a positive difference on the ice and in their communities.

“Having a women’s professional hockey team has brought our community together and also provided another top calibre athletic attraction,” said Markham Mayor Frank Scarpitti. “Thunder won the Clarkson Cup during their inaugural season and took the hockey world by storm with their exceptional skills and love for the game. We hope other arrangements can be made with hockey stakeholders and we will continue to support the Markham Thunder as they explore all options. Our community stands behind their team, but this should serve as a call to action that we must all do our part and the hockey world must step up to support women’s hockey and grow the game for generations to come.”

Photo: Markham Thunder team during happier times when they celebrated their Clarkson Cup win. The CWHL will discontinue operations May 1 due to an unsuccessful business model.