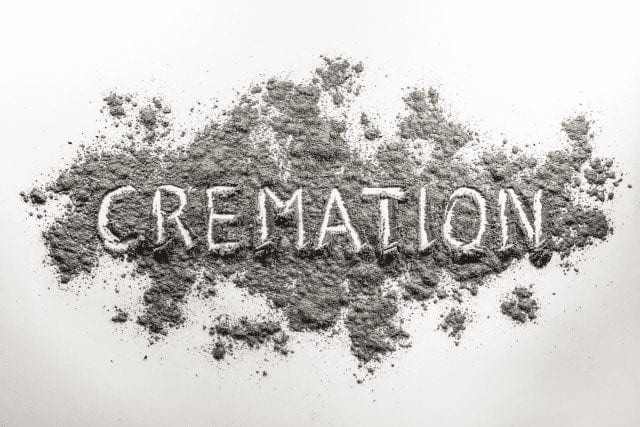 Though the rate of people who experience death hasn’t changed, how they’re honoured in passing has.

The funeral industry, like any other, is subject to changes: one big one, according to a veteran funeral home owner in Markham, is the increase in cremations.

Eric Tappenden and his wife, Susanne, have owned Chapel Ridge Funeral Home on Woodbine Ave. since it opened in 1999 after two years of planning. While most Markhamites would look at a funeral now compared to one a generation or two ago and see no differences, there has been much evolution behind the scenes, Tappenden said.

“People think of funerals as something that really hasn’t changed a lot,” he said. “Maybe a little less open casket viewing and a little more memorial services instead of funerals with the body present and things like that, but people don’t have any idea that a huge social change has taken place in such a short period of time.”

Specifically, Tappenden was addressing cremation rates—one of the largest changes in the industry across the western world, including locally.

In 1970, five per cent of deaths in the Greater Toronto Area resulted in cremation instead of traditional burials. Last year, the GTA’s cremation rate was 67 per cent.

Tappenden said the number is even more dramatic when you consider that people from a number of cultures and religions—such as Judaism, Islam and Mediterranean nations—oppose cremation, driving the rate of those choosing it up to more than 80 per cent.

“The obvious question is, ‘why do people choose cremation instead of burial?’” Tappenden posed. “There are a whole lot of factors doing into it: perceived cost—not necessarily real cost—(as) cremation can actually end up being more expensive if you have a traditional funeral first then end up cremating afterwards.”

He also pointed to mobility of individuals and families as being a key consideration: in generations past, families were often rooted in a community or town where having a gravesite for descendants to visit was the norm. Today, families span across provinces and countries, and people are less likely to remain rooted in one place.

“Now we’re so dispersed,” Tappenden said. “We have a busy, urban, mobile society that doesn’t really have a lot of time for these (customs). Cremation seems more convenient.”

Other observers have pointed to spiritual and religious changes as well. Though the Catholic Church permitted creation in the 1960s, a number of Catholics were still reticent about the practice until years later. Moreover, as rates of religious adherents in North America drop, so too does the demand for full spiritual or religious funerals.

Funeral directors often have to keep up with social and cultural changes, but perhaps none more than those in Markham, because of the sheer number of cultures represented in the community. Tappenden’s funeral home has tried to meet that demand—staffed with team that includes Sri Lankan, Chinese, Filipino and Indian workers representing a number of religious backgrounds as well.

Cremation in Markham is especially desirable by the Hindu population, which accounts for 10 per cent of the city, because of that religion’s practice to have a family member actually press the button to turn on the incinerator, harkening back to the practice of ceremoniously lighting the funeral pyre.

“We actively partner with many of these cultural communities as their burial and funeral practices are often markedly different from one another,” Tappenden said. “These are decisions that have consequences for years to come…and we need to be sensitive about how the family feels, because the family needs to live with that.”