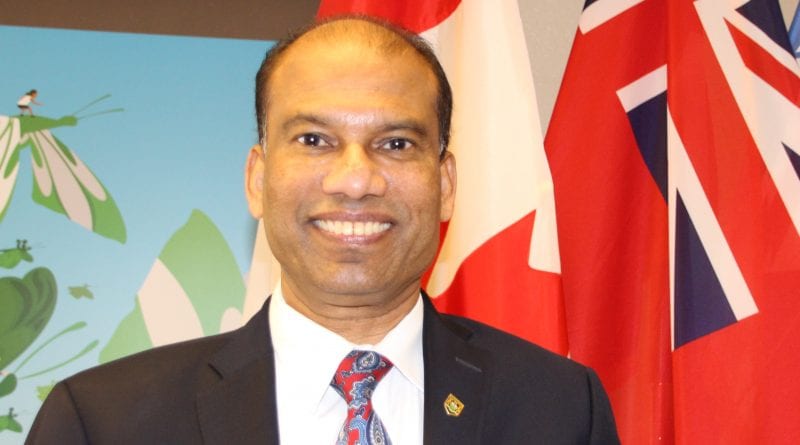 The Ontario government tabled proposals with each of the education sector unions which included moves on lower than proposed class sizes, support for students’ unique learning needs, full-day kindergarten, as well as proposals on merit-based hiring and compensation.

Despite these moves, the teachers’ unions continue to reject the government’s proposals.

The government announced its most recent proposal put forward to all teacher unions yesterday, with a focus on getting a deal.
The proposal included: a commitment to a funded maximum average class size of 23 in secondary schools – leaving them essentially the same as 2019-2020;
replace the previous Local Priorities Fund with a new, student-centric Supports for Students Fund which allows boards more flexibility to address students’ unique learning needs, including special education, mental health, and STEM education; The Supports for Students Fund would continue at the same funding amount of the Local Priorities Fund; and a commitment to maintain full-day kindergarten.

The government is also announcing a policy to give parents the ability to opt their children out of the mandatory online courses required for graduation.

“It is time for teacher union federations to work with all parties in good faith to reach a deal and put an end to continued strike action that disproportionately affects our children,” said MPP Logan Kanapathi.

The government called on the unions to cancel future strikes during this period to allow for good faith bargaining, but the job action continued today as many teachers from various regions including Toronto secondary school teachers from the Toronto District School Board were on the picket lines rather than in class.

“The time to end this is now. Parents are frustrated, students are losing educational days, and teachers are uncertain about their future,” Education Minister Lecce said. “I am asking the teachers’ unions to return to the table, in light of this reasonable offer, to reach the agreement parents want, and students deserve.”