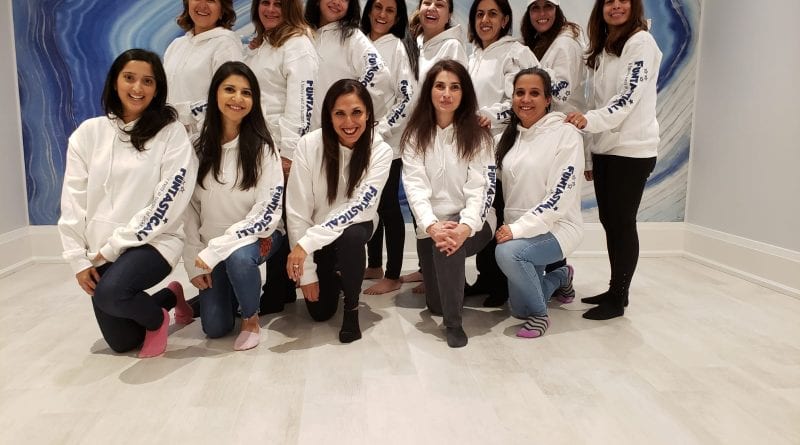 You’d expect one would spoil themselves on their 50th birthday. Sonia Arora opted to do the opposite. When the Markham native reached the milestone last November, she committed to staging a large scale music event to benefit SickKids.

It wasn’t entirely uncharted territory, as Arora produced a couple of events with Canadian legend Fred Penner two decades ago. This one, however, would be bigger.

The mother and Unionville High School graduate put the idea to the hospital. SickKids Foundation got behind it. So too did Fred Penner, to Arora’s delight.

With a few more acts in the mix, Funtastical was born, a full-day family musical event taking place Saturday May 11 from 10:00 am to 5:00 pm at the Markham Fairgrounds.

“I really needed to bring meaning to the number 50 for me,” Arora said. “It was a milestone. When I contacted the hospital and said I’d like to do a big musical, they were ecstatic and said, ‘We’ll totally support you.’”

Arora set a fundraising goal of $50,000. She exceeded it over a month before the event thanks to sponsorships and advance ticket sales.

She and her co-chair are putting upwards of 50 hours a week—all volunteered—into organizing the event. A “wonderful” team of volunteers, most with a personal or familial connection to SickKids, have also been a key part of the committee driving the event.

The focus now is on getting as many people out as possible, she said.

“For me it’s most important to raise as much money as we can because everything’s going to the hospital,” Arora noted. “I want every cent to go to cancer research. We went the whole nine yards with this event. The team worked very hard and we’re very, very excited. It’s a full on production.”

Because it’s a family event, organizers wanted to keep ticket prices low. Single tickets are $15, or five tickets for $50, available in advance at www.funtastical.ca.

The Juno-winning Penner will be the headliner. Also among the eight-act line-up are CBC’s the Thrillusionists, and the high energy Marlowe & the Mix band.

Beyond the music, there will also be eight to 10 food trucks on hand to keep visitors sated, along with activities like face painting and games for kids. Every child will get a “fancy loot bag,” while they last, Arora said.

She thinks the adults will enjoy it just as much as the little ones.

“People ask if Funtastical is just for children,” she said. “I have to emphasize it’s a family musical event. Most of Fred Penner’s following are the millennials and adults who loved him back in the day. Other artists are catered towards the teenage generation. Then we have Dufflebag Theatre and Dan the Music Man catering to the young tots. We’re catering to everyone.”

The event’s popularity hasn’t come without its challenges though. For example, people are already asking if there’s going to be a Funtastical 2.