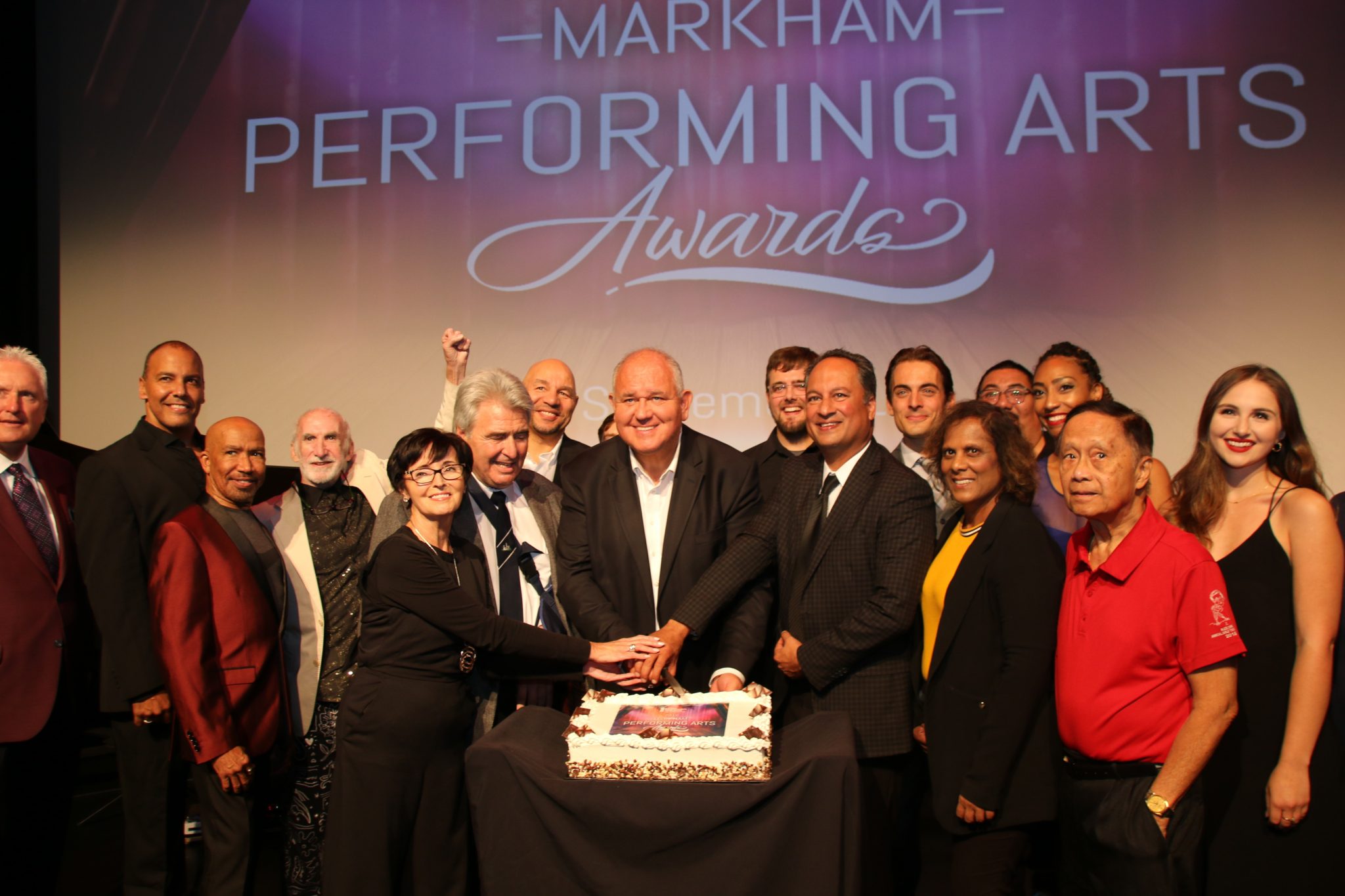 Special performances included Markham born and raised singer-songwriter, Julia Gartha, winner of the City’s 2017 Star Search, sneak-peak musical excerpts from the upcoming (sold out) November show Any Dream Will Do: The Music of Andrew Lloyd Weber, and a special guest appearance by the legendary accapella group The Nylons.

Sharon Mehaffey and her studio, The Dance Institute, have held student competitions and recitals at the Flato Markham Theatre for 25 years and regularly participate in the theatre’s Discovery Program, bringing the joy and awe of dance to Markham student audiences. Trained at the Nester Brooking School in London, England and at the National Ballet School in Toronto, Mehaffey established The Dance Institute in 1993. This year marks the studio’s quarter-century anniversary.

Maestro Kerry Stratton is music director and principal conductor of the Toronto Concert Orchestra, artistic director/conductor for Wish Opera, and internationally renowned guest conductor. He has led some of the world’s great chamber orchestras, including the George Solti Chamber Orchestra of Budapest, and the Vienna Konzertverein. Beloved by Markham theatre audiences, and listeners of 96.3 FM’s rush-hour drive home show, hosted by the Maestro for 25 years, it is his mission to reach a wide age range and spectrum of musical tastes with appealing repertoires performed in different venues.

A premier automotive group with 13 car dealerships across the GTA, Weins Canada is Flato Markham Theatre’s largest Diamond Season sponsor. Because of the company’s patronage the theatre has grown to offer the largest and most diverse multi-disciplinary performing arts series in York Region, and among GTA municipal venues. All of this would not be possible without the generosity and “rock-solid support of Weins Canada – a partnership that’s represented in the award itself – Two Pines, one supporting the other,” noted Mayor Frank Scarpitti, when presenting the custom-sculpture to Weins’ Vice-President of Operations, Amin Tejani.

(NC) The pandemic is causing many of us to re-evaluate our finances. If you are thinking of renegotiating your mortgage

33% of Canadians are targets of financial fraud during the pandemic