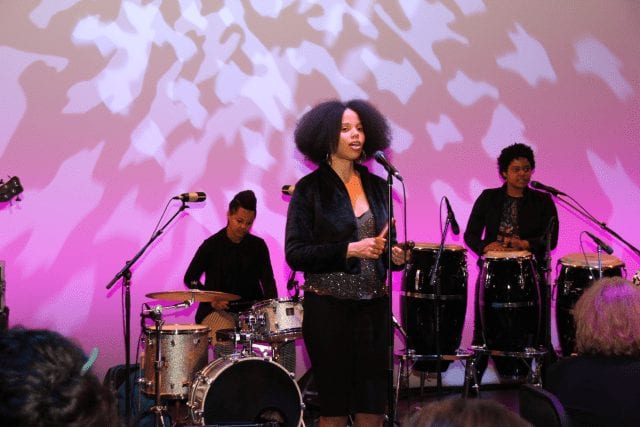 “Flato Markham Theatre’s new season is an artistic expression of all that makes our city and our people great,” says Mayor Frank Scarpitti. “With so many remarkable artists bringing their extraordinary talent to the stage, there’s something to discover for every one of every age and culture.”

Sibling piano sensation The 5 Browns play classical like you’ve never heard it before, with five grand pianos on stage at the same time. A spectacle of Brazilian rhythm and movement, dance troupe Balé Folclórico da Bahia will pulsate through the theatre with their colourful mixture of samba, capoeira and reggae beats.

Through a fusion of Chinese martial arts, acrobatics, and an all-female percussion ensemble, Immortal Chi, directed by celebrity creator Erik Villeneuve, tells the story of a Tai Chi master and his ultimate challenge to regain his inner energy and life force.

Modern ballet company ProArteDanza will present the World Premiere of their show Diversion & Fearful Symmetries, and internationally renowned Shanghai Dance Theatre will make their Canadian debut with a five-day artist residency with their show Fragrance. The residency will include education and outreach activities as well as two full performances.

To celebrate Canada’s 150th anniversary, the theatre has expanded its popular Great Canadian Performers series to ten shows, including The Nylons, who will open the season with their Farewell Tour, and alternative rock group Sloan’s One Chord to Another 20th Anniversary Tour.

The theatre continues its work to engage the community through education programs and outreach initiatives under the umbrella of Discovery. The Discovery program offers exciting and interactive school matinees, including performances for students as part of Every Child, Every Year (ECEY) – an initiative that offers every student enrolled in a Markham school from grade one to three the opportunity to attend a matinee at the Theatre each year free of charge.

The theatre has presented a multitude of performers to entertain the young and young at heart for more than thirty years. Now younger patrons have even more reasons to spend an great afternoon or evening at the theatre. The theatre is Introducing StudentsLive! A new pricing structure that offers all students and children tickets for only $15. Students will have dozens of shows to choose from as the majority of performances scheduled next year include this price.