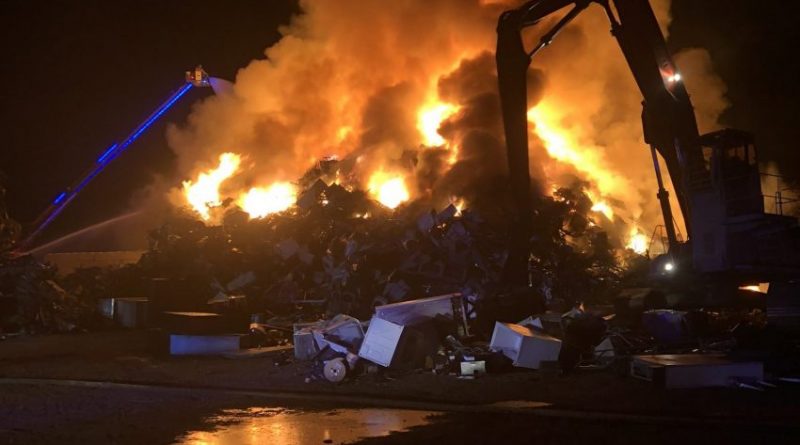 The fire, located at Don Mills Scrap Metal on Woodbine Ave. in Gormley, was reported around 11 p.m. last night and was easily contained according to Whitchurch-Stouffville Fire Chief Bill Snowball.

Crews from Richmond Hill and Markham joined the fight and continued to assist crews throughout Tuesday.

The Ontario Ministry of the Environment, Conservation and Parks does not have any concerns with air quality in the area as the smoke plume is generally travelling straight up, Snowball says.

Woodbine Ave. between Stouffville Road and 19th Ave. remains closed to traffic and is expected to remain closed for the duration of the day.  York Regional Police are on scene.

No injuries have been reported.