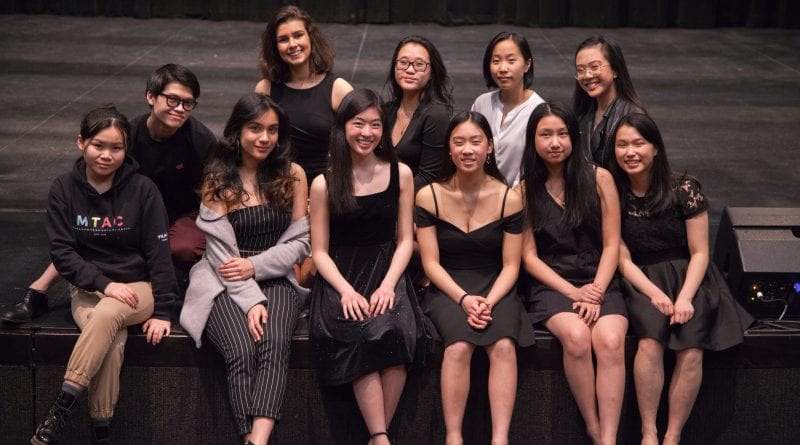 The top three finalist films from Markham Teen Arts Council’s (MTAC) 24-Hour Film Challenge received well-deserved recognition. They were screened on March 11 at the Flato Markham Theatre and were selected based on the most creative use of the given prop (paper airplane), dialogue (“what’s in that bag and why are you hiding it here”) and sound effect (ocean waves). MTAC works to showcase young talent in the community.

Photo: Members of the Markham Teen Arts Council are all smiles at this year’s 24-Hour Film Challenge. Photo courtesy of Ania Avadanei.