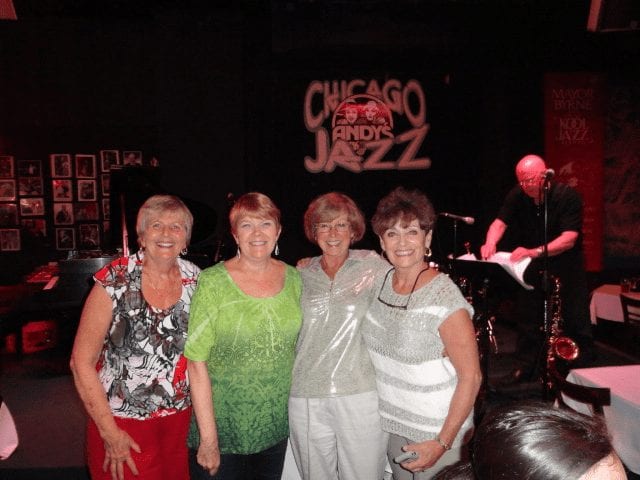 Each June, Ontario celebrates and recognizes the contributions seniors make to our communities. June 2016 marks the 32nd anniversary of Seniors’ Month in Ontario. It would be all too easy to write off Seniors’ Month off as something perfunctory or merely honourary. Nothing could be further from the truth.

Take, for example, Ardy Reid, Linda Briggs, Solveig Barber and Judi McIntyre. Between them they’ve spent 145 years living in Markham. The four of them have spent countless hours building our community through volunteering, fundraising and organizing events. Far from the stereotype of needing busywork to fill retirement years, they organize and plan two of the most vibrant community events on Markham’s calendar.

“We four met when we crossed paths rather late in life as a result of being engaged in our community, with a particular interest in running local festivals amongst a host of other things,” explains Reid. “We either chair, run or have had a hand in running the Markham Village Music Festival and the Markham Jazz Festival.”

Between the four of them, spearhead, book the entertainment, acquire funding through grants and secure sponsorship for both festivals. Additionally, these women can be found working with dozens of community organizations or boards like the Markham Museum, Information Markham, The Markham Concert Band, Stiver Mill Farmers’ Market, the Vinegar Hill Ratepayers Association, the Main Street Markham Board and the Markham/Unionville chapter of University Women’s Club.

After consistently running into each other for years, they struck up a friendship. More recently, they came to be known as “The Festival Chicks” for their contribution to Markham’s summer scene.

“One night, after the summer was over and festival season was done, we decided to meet for dinner to celebrate,” adds Briggs. “It was such a good time.”

In fact, they hit it off so well that the four of them high-tailed it to Vegas. Since then they’ve been closer than ever, with nearly annual trips together in addition to their festival work.

“The four of us also try to get together socially at least twice a month. We all enjoy having a good glass of wine,” says Barber. “We also support each other in our non-festival endeavours, of course. Whether Judi is playing in the concert band or when I’m in a play.”

“We’ve just had so many highlights together,” says McIntyre. “We support one another’s passions and celebrate our own achievements.”

If it seems like their friendship is quite youthful, you wouldn’t be wrong.

“We think it’s quite remarkable that four stylish, outgoing, community-minded ladies of a certain age should form such a strong friendship,” McIntyre adds.

This friendship is a testament to the passion these “Festival Chicks” have for Markham and they are a great example of how seniors so often seem to effortlessly enrich the lives of others too.

“I love this place, I cannot see leaving here any time soon,” says Briggs. “For a city of over 300,000, it still seems like a community of like-minded souls.”