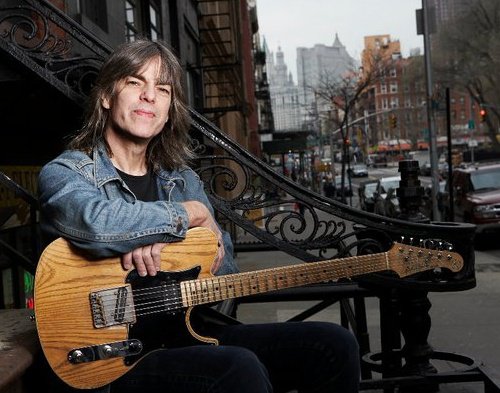 Mike Stern has won renown as one of the most talented electric guitarists of his generation. His four-decade career has encompassed musical partnerships with Blood, Sweat & Tears, Miles Davis, Jaco Pastorius, the Brecker Brothers and Joe Henderson, as well as 16 recordings as a leader (six of which were nominated for Grammys).

On Feb. 9, Stern will be playing the Flato Markham Theatre.

Playing mostly his own compositions, Stern blends a wide range of music styles.

Stern studied at the Berklee College of Music, and got his big break with Blood, Sweat and Tears in 1976 at age 23.

After touring and recording for two years with the popular rock band, he was recruited by drummer Billy Cobham for a stint in his fusion band Glass Menagerie from 1979 to 1981. Stern was subsequently recruited by Miles Davis and was part of the jazz legend’s celebrated comeback band.

Stern took his group to Europe, Asia and elsewhere throughout much of 2008. In February 2009, in the first in a series of articles to celebrate DownBeat’s 75th anniversary, Stern was named to the venerable jazz magazine’s list of 75 Great Guitarists. The list spotlights many all-time great jazz, blues and beyond guitarists and shows the wide-ranging influence that the guitar has had on music since it made its way into jazz in the 1920s.

Joining Stern on stage will be Dennis Chamber on the drums, Bob Franceschini on the saxophone, and bassist Teymur Phell.