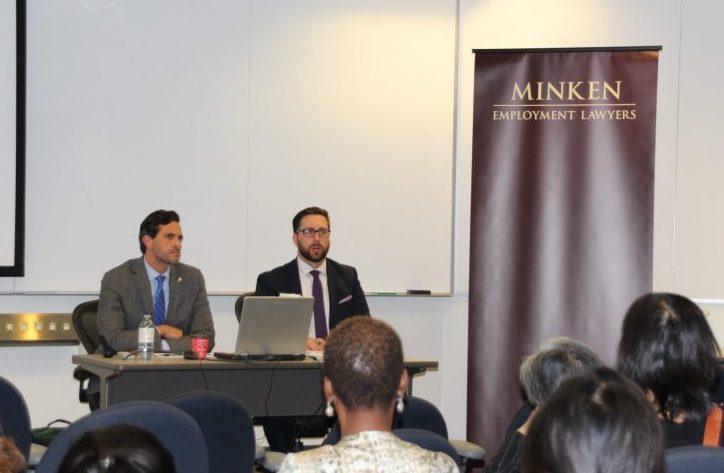 Business leaders want Premier Kathlyn Wynne and her government to slow down the pace of changes to Ontario’s labour laws resulting from Bill 148, the Fair Workplaces, Better Jobs Act.

In response to the concerns raised by businesses following the release of the Economic Impact Analysis on Bill 148, two Town Halls were convened by the nine Chambers of Commerce and Boards of Trade in York Region. The concerns expressed by the local business community have centred on specific provisions of the legislation such as scheduling, paid emergency sick days and the rapid increase in the minimum wage. The proposed changes would mean that employers would be required to increase the minimum wage by a further 23 per cent in six months, followed by another 11 per cent a year later. This represents a total increase of 32 per cent in just 18 months.

“With the rising costs of doing business in Ontario, business owners are increasingly operating at razor thin margins,” said Newmarket Chamber of Commerce president Debra Scott. “Bill 148 completely disregards the well-being of business owners and forces them  to adapt to the changes without providing them with an appropriate adjustment period.”

The Economic Impact Analysis by CANSEA has shown that York Region specifically will have 15, 920 jobs at risk if this legislation is to pass as is. These numbers are highly concerning and show that the long term economic growth of the region will significantly be impacted if the legislation isn’t amended and businesses aren’t given offsets to adjust to the increased operating costs resulting from the new rules.

The York Region Chambers of Commerce and Boards of Trade are calling on the Premier to listen to the concerns of the York Region business community and make the necessary changes to the legislation.

Speaking on behalf of 5000 members across York Region, they are calling on the government to slow down the pace of implementation and make the necessary amendments to Bill 148, the Fair Workplaces, Better Jobs Act.