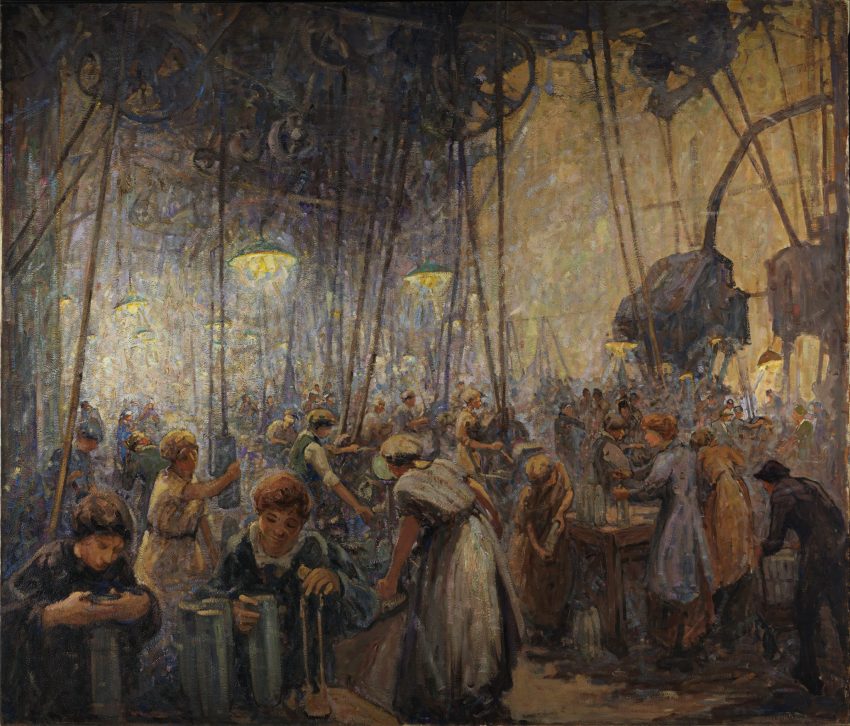 Varley Art Gallery of Markham honours Canadian veterans during the 100th anniversary of the armistice that brought an end to the First World War as well as commemorating the centenary of its namesake’s service as a war artist.

Witness: Canadian Art of the First World War was developed and circulated by the Canadian War Museum in Ottawa.

“In 1918, F.H. Varley…was commissioned as a captain in the Canadian army,” notes Niamh O’Laoghaire, gallery director. “He left for England in March 1918 and by mid-September, was at the frontlines in France, where he observed the fighting at first hand.”

“We are especially delighted to have the Witness exhibition here this year to celebrate the hundredth anniversary of Varley’s outstanding contribution to documenting the First World War,” says O’Laoghaire.

Witness examines how Canadians used art to communicate and commemorate their First World War experiences at home and overseas. Some of those represented in the show – such as future Group of Seven members A.Y. Jackson, Arthur Lismer and Frederick Varley – were official war artists commissioned by Lord Beaverbrook’s Canadian War Memorials Fund to document the conflict. Others were soldiers who made small sketches and drawings to send home to loved ones or whose works were acquired by the Fund after the war.

The exhibition marks the beginning of a new season that invites visitors to also enjoy a Curator’s Pick talk and experience First World War and related artifacts with Robert A. McTaggart, 4th Canadian Mounted Rifles Association founder and chairman. Visitors may reimagine an integral aspect of the war by participating in a letter-writing workshop, exploring how to communicate with loved ones overseas. Themed music will be provided by jazz trio, The Jays, throughout the afternoon.

The refreshed exhibition Inscapes, organized by the Varley curator Anik Glaude and exclusive to the gallery, is also on display. Featuring works from the gallery’s permanent collection, Inscapes explores the genre of landscape and considers the relationship between it and the natural world it depicts.

Both exhibitions are available until Jan. 6, with free admission provided by IBM. The gallery is located at 216 Main St., Unionville. Visit varleyartgallery.ca to learn more.

Mabel May was one of four women artists commissioned by the Canadian War Memorials Fund to depict female munitions workers. Image courtesy of Varley Art Gallery.