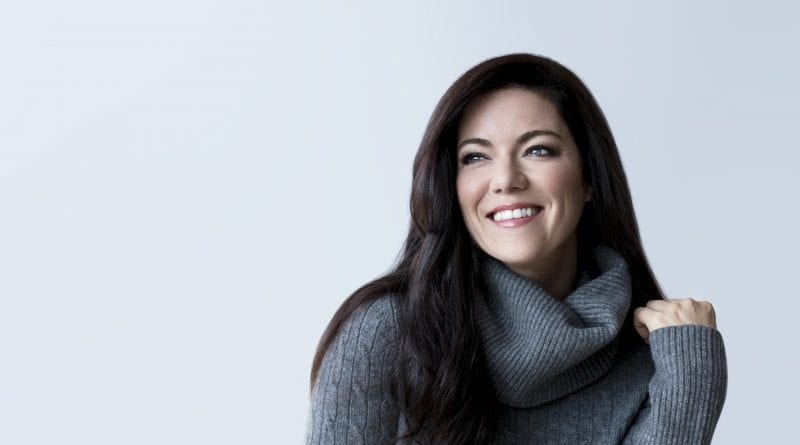 The multi-talented Emilie-Claire Barlow returns to Markham for a seasonal concert celebrating the light of winter.

“We’ve always loved coming back to the Markham Theatre,” said Barlow, who will be bringing a five-piece band with her.”It’s a beautiful hall, we always have wonderful audiences (and) we’re looking forward to returning.”

The show, called Winter Lights or Lumières d’hiver in French, will be a mix of Christmas classics and songs that celebrate winter. Barlow isn’t a fan of winter, but she was inspired to write some songs after a long mid-December drive on a snowy road from Toronto to Quebec City.

“Personally I have never loved winter. I’m a warm weather girl,” she said before laughing out loud. “However, years ago I was touring in Quebec and we were at the end of an eight-hour drive and were probably a little grouchy being cooped up in the van together when we came over the hill looking toward the skating rink – Place D’Youville – right at the entrance to the old part of town.

“We saw people skating around the skating rink and the snow was falling gently, and there were winter lights everywhere, beautiful Christmas trees, and all of us had this collective moment where we just gasped. It was so beautiful, it changed our mood and we were completely uplifted, and we had an incredible concert that night celebrating winter.”

Lumières d’hiver is also the name of her most recent album. It’s the first album with her original songs, co-written with Steve Webster. She and Webster are partners in life and music – producing, writing, composing and arranging. She’s known him for years, through the Toronto music scene as well as music production company where she used to sing jingles for commercials.

They started collaborating on arrangements for songs and worked together on her album “Clear Day” released in 2015, prior to Lumières d’hiver. She describes the three songs they wrote for Lumières d’hiver as a celebration of winter lights that form a series of images, tableaus, and/or vignettes. It is her second Christmas album but the first that contains her original songs.

Born in Toronto, Barlow currently splits her time, living there, Montreal and Mexico.

She was surrounded by music from a very young age, learned how to read it, took piano lessons and spent a lot of time in recording studios with her parents, drummer Brian Barlow and singer Judy Tate.

She was seven years old when she was recruited to deliver the kid’s line in a jingle her mother was recording for Tide. It morphed in other voice projects such as the Emmy winning Peg + Cat and the adult cartoon sitcom Fugget About It, which ran for three seasons.

At Humber College, her goal was to study music theory and arranging. Throughout her 20-year career, she has become known for her treatment of classic pop and jazz songs. Barlow has released 12 albums that have netted the singer ADISQ and Juno Awards.