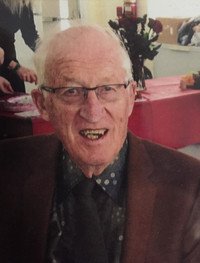 Former Markham Councillor Elson Miles is being remembered as a dedicated public servant and a pillar of the community. The lifetime Markham resident and cattle farmer died at Markham Stouffville Hospital on Dec 23.

“Elson was a dedicated public servant, he was devoted to his family and committed to his constituents,” said Markham Mayor Frank Scarpitti. “Elson was an exemplary volunteer and a long-time supporter and generous contributor to Markham Stouffville Hospital and Unionville Home Society, making critical investments in long-term care at Union Villa. His love for his community is exemplary and inspirational.”

Miles served as Ward 6 councillor from 1977 to 1988. He grew up on a farm on Steeles Avenue, between 48th and McCowan Road, and was among the first directors of the Markham Museum.

“Elson used to jokingly tell us that he was just a poor farmer,” Norm and Sandy Gibbons wrote in a condolence posted on the Dixon-Garland Funeral Home website. “However, he was much more than that. He was a well-respected Markham politician who didn’t need anybody telling him where the high road was. He instinctively knew that and always took it. His philanthropy for local charities was well known and much appreciated.”

Miles is survived by wife, Joyce, children Norn (Jo Ann), Karen (Doug) and Lynda (Dave) and grandchildren Brianna, Alex, Heather and Madison. He was predeceased by son, Jim, in 2005.

“He was a pillar of the community and Markham was a better place because he cared so deeply for his fellow man,” Tom and Sandy Gove said, in another condolence.

Flags will be lowered at the Markham Civic Centre in honour of Miles. A visitation will be held at St. Andrew’s Presbyterian Church at 143 Main St. N. on Dec. 29 from 11 a.m. to 1 p.m. a memorial service will follow at 1 p.m.