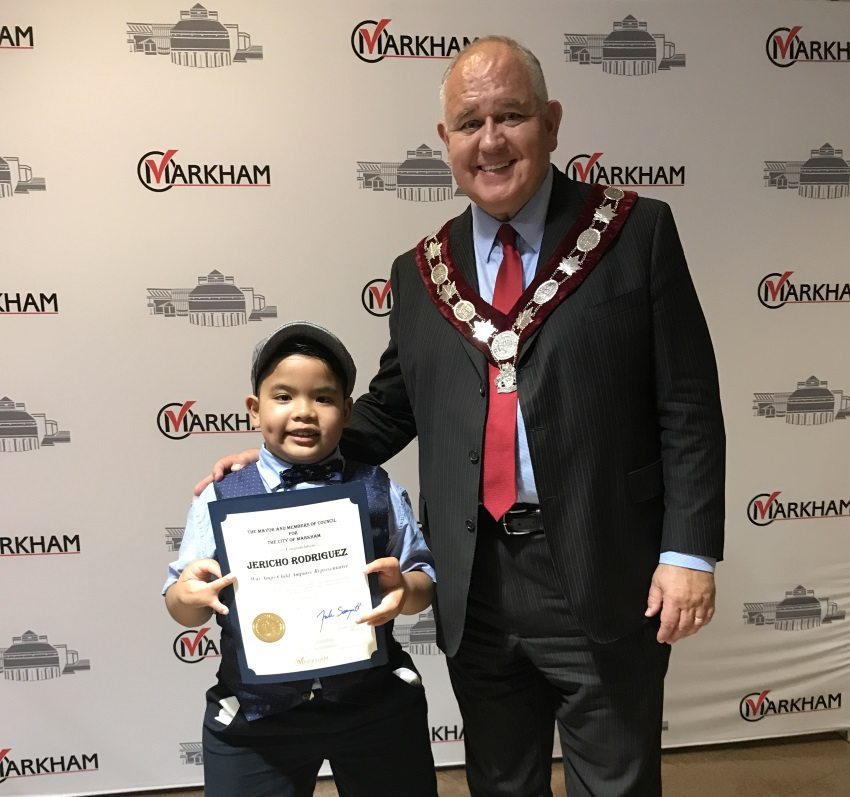 Jericho Rodriguez, 8, of Markham, received a certificate from Mayor Frank Scarpitti to recognize his involvement with The War Amps and for educating the public about life as an amputee.

Rodriguez, a double leg amputee, was recently featured in a War Amps public service announcement (PSA) which won the Award of Excellence at the International Communicator Film Festival (Kentucky). The PSA shows how he demonstrates a positive attitude and can do everything that everyone else can do, with the help of artificial limbs.

View the video at YouTube.com/warampsofcanada.

Rodriguez is one of the many people with a disability who is trying to educate others on some of the many challenges they face in their daily lives, but also share examples of how they can overcome many of those challenges and lead very normal lives.