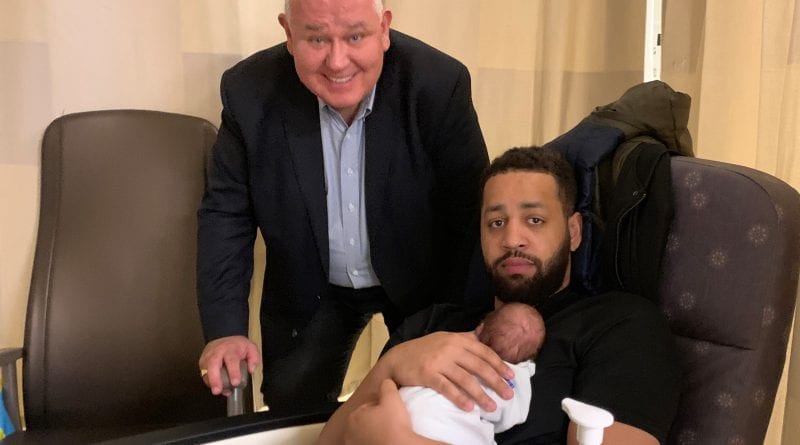 Pediatric and neonatal intensive care units don’t sound like fun places to be for the young ones or their families. But the Ronald McDonald Family Room (RMFR) at the Markham Stouffville Hospital is one place designed for those families to make the excruciating time a little more bearable and a place where a few smiles can happen.

Supported by funds raised during the annual McHappy Day, the family room first opened in 2013 and provided lounge areas, a kitchenette with snacks, shower facilities and a napping area open 24 hours a day. But after a few years, the well-used facility needed an upgrade. That’s where local McDonald’s owners stepped in to raise more funds to make it happen.

Todd and Marcia Finlayson have already made a name for themselves as selfless community builders donating time, money and effort to various community initiatives including Ronald McDonald House Charities. In 2017, they received a $100,000 prize from their head office, which they then donated to the cause.

Locally, half of the annual $120,000 it costs to operate RMFR comes from McHappy Day fundraisers at Markham and Stouffville locations with the rest raised in the community, much through the McHappy Day Ambassador Program. It was from those sources the money came to renovate the room that served more than 300 families in 2018 and, in 2019, has already served nearly 100 so far.

Scarpitti showed his appreciation to the Finalysons for their continued support of the hospital.

“It’s wonderful to celebrate the great work of McDonald’s,” said Scarpitti. “Certainly, their whole support of the Ronald McDonald’s charities and the great work they do having an impact to support families.”

For this year’s McHappy Day, local community leaders will again work the windows, fryers and anything else needed and help collect $1 from every Big Mac, Happy Meal or hot beverage sold to support Ronald McDonald House Charities. Added this year are baked-with-love heart-shaped cookies.

McHappy Day at all McDonald’s is May 8.

Photo: Mayor Frank Scarpitti with new dad Harley Williamson and premature son Clark, who have made good use of the family room for the last few months.