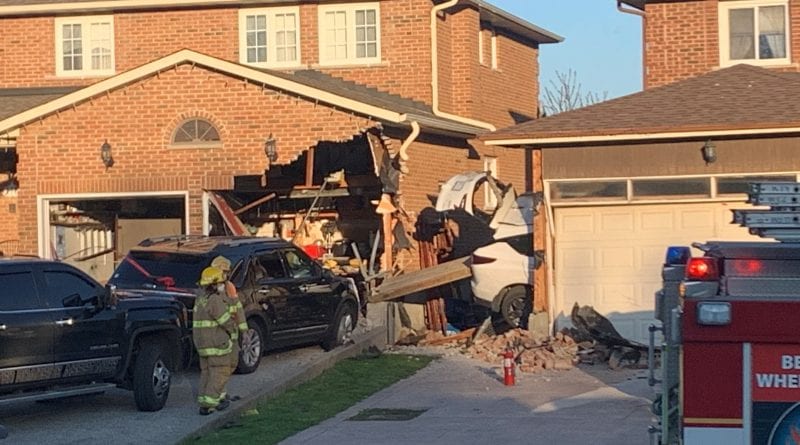 Police are seeking witnesses after a vehicle collided into two homes in the City of Markham.

On May 7, shortly before 6 p.m., York Regional Police received calls to 9-1-1 regarding a suspected impaired driver driving a white Acura RDX in the area of Main Street Stouffville and Ninth Line.

An officer spotted the suspect vehicle on Ninth Line in the area of Bur Oak Avenue. The officer attempted to stop the vehicle, which fled. The officer stopped following the vehicle as not to further endanger our community as the driver fled at a high rate of speed and was not obeying traffic signals.

A short time later, officers located the suspect vehicle on Major Buttons Drive as it had left the roadway and crashed into two homes. The driver was located in the vehicle suffering from minor injuries. He was placed under arrest and transported to hospital for treatment of his injuries.

Jeagadeeswaran Ratnasabapathy, 47, of Toronto, has been charged with Impaired Driving, Dangerous Operation of a Motor Vehicle, and Flight From Police.

A building inspector with the City of Markham attended the scene and deemed both houses unsafe to occupy.

The investigation is ongoing and anyone with information is asked to come forward.