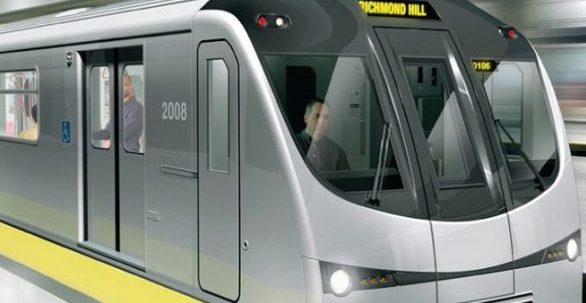 According to the York Region 2017 Employment and Industry Report, employment growth is primarily in the professional, scientific and technical services, transportation, warehousing and public administration areas.  The report also says, foreign direct investment, mostly from the U.S., is a key driver of local economic employment.

“I am often asked, is it realistic that Amazon HQ2 will come to this area,” says Mayor Frank Scarpitti. “The proof comes from the companies that choose to locate in Markham, such as GM, Aviva, IBM, AMD and that is because this is the right place, an attractive place to do business. We have a strong talent pool that will continue to grow with the new York University campus.”

Markham has the largest concentration of information and communications technology companies in Canada and more than 60 per cent of its residents have a post-secondary education. A highly skilled labour force, a high quality of life, major infrastructure and transportation investments are behind the high job numbers.

“At double the employment growth of the rest of the GTA, we need investment in transportation,” says Scarpitti, who chairs the York Region Rapid Transit Corporation. “York Region continues to be the place to invest with a need for rapid transit.”

He suggests sending the employment report to provincial officials to make the case for increased investment in public transit.

“The Yonge subway extension is York Region’s top transit priority,” adds Scarpitti. “It is the most justified rapid transit investment in recent history and is key to relieving gridlock and improving the quality of life for our residents and businesses.”