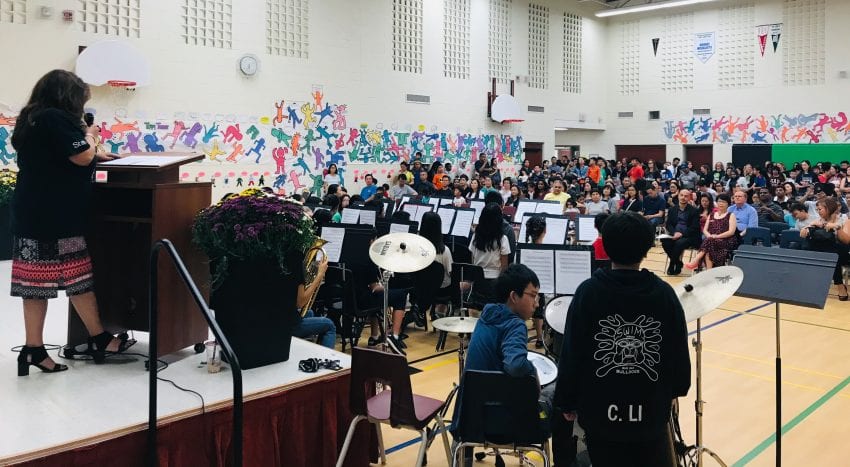 Donald Cousens Public School is 10 years old. The milestone anniversary was marked with a celebration held at the school on Oct. 10. Alumni were invited to attend.

Located on Mingay Avenue in Markham, the school was named in honour of Donald Cousens, the municipality’s mayor for more than a decade from 1994 until 2006. Before that, Cousens worked in provincial politics as a Conservative MPP for York Centre and Markham.

Cousens served on many other community organizations including as an executive member of World Vision. He was a York County Board of Education (the predecessor of the York District School Board) trustee for almost a decade beginning in the early 1970s and served as chair in 1979. He died in February 2017 at age 78.