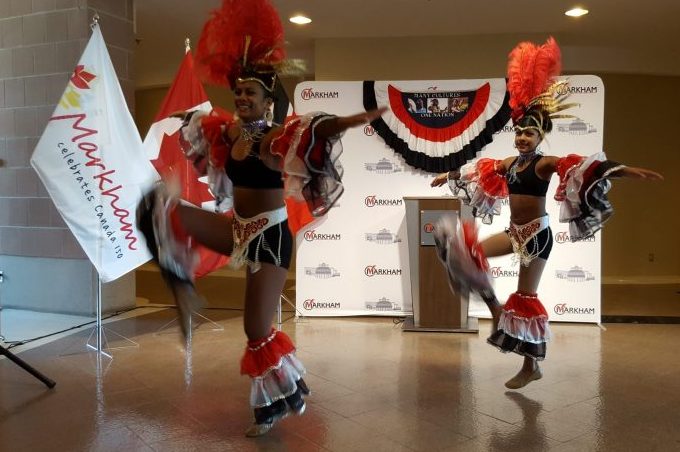 The Trinidad and Tobago 55th Independence Flag Raising was celebrated on August 31 at the Markham Civic Centre.

“The City of Markham since 2010 has graciously welcomed the Diaspora of our sweet land of Trinidad and Tobago by flying our beautiful red, black and white flag for the day,” said organizer Dianne Ojar-Ali.

Also celebrated was the 150th birthday of Canada and the 50th anniversary of The Toronto Caribbean Carnival.

The flag proceeding was announced by the City of Markham’s official town crier John Webster and the national anthems were serenaded by Jaxx and the sweet pan music was played Patrick “PanMan Pat” McNeilly.

There were unique refreshments including fresh mango and coconut ice cream sponsored by Neale’s SweetnNice.