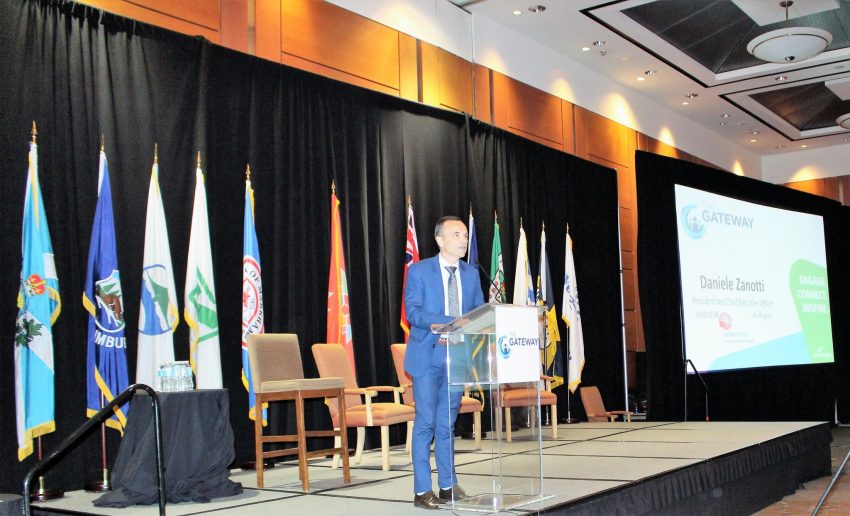 Attendees consisted of internationally educated professionals and entrepreneurs looking to connect with employers, professional associations and government officials. They were taught about local work culture, credentials and accreditation needed to gain suitable employment and steered toward supports, networking and mentoring opportunities.

According to Statistics Canada 2016 Census data, approximately 80 per cent of Markham residents identify themselves as a visible minority.

“It defeats the purpose if we don’t, and all of our efforts to attract a highly-skilled, educated and diverse workforce would be lost. Helping newcomers learn about and integrate into the Canadian work life is one of the most effective ways of growing York Region’s economy,” says Scarpitti.

The event kicked off with a panel discussion, “Canadian Experience – How to get a job without it?” with senior executives from across the region. Following that, were six different morning workshops covering topics like what employers are looking for, marketing yourself, networking, communication skills, the local labour market and alternate career paths.

Keynote speakers on the day included Mohamad Fakih, CEO of Paramount Fine Foods and Daniele Zanotti, president and CEO of United Way Toronto and York Region. Attendees were also treated to a banquet style lunch while networking with representatives from information booths set up in the hall.

The event was held as part of the 2017 – 2021 Newcomers Strategy designed to assist local residents living in Canada for less than 10 years. This week, the federal government is also set to reveal their 2018 immigration targets in what is expected to be a multi-year strategy.