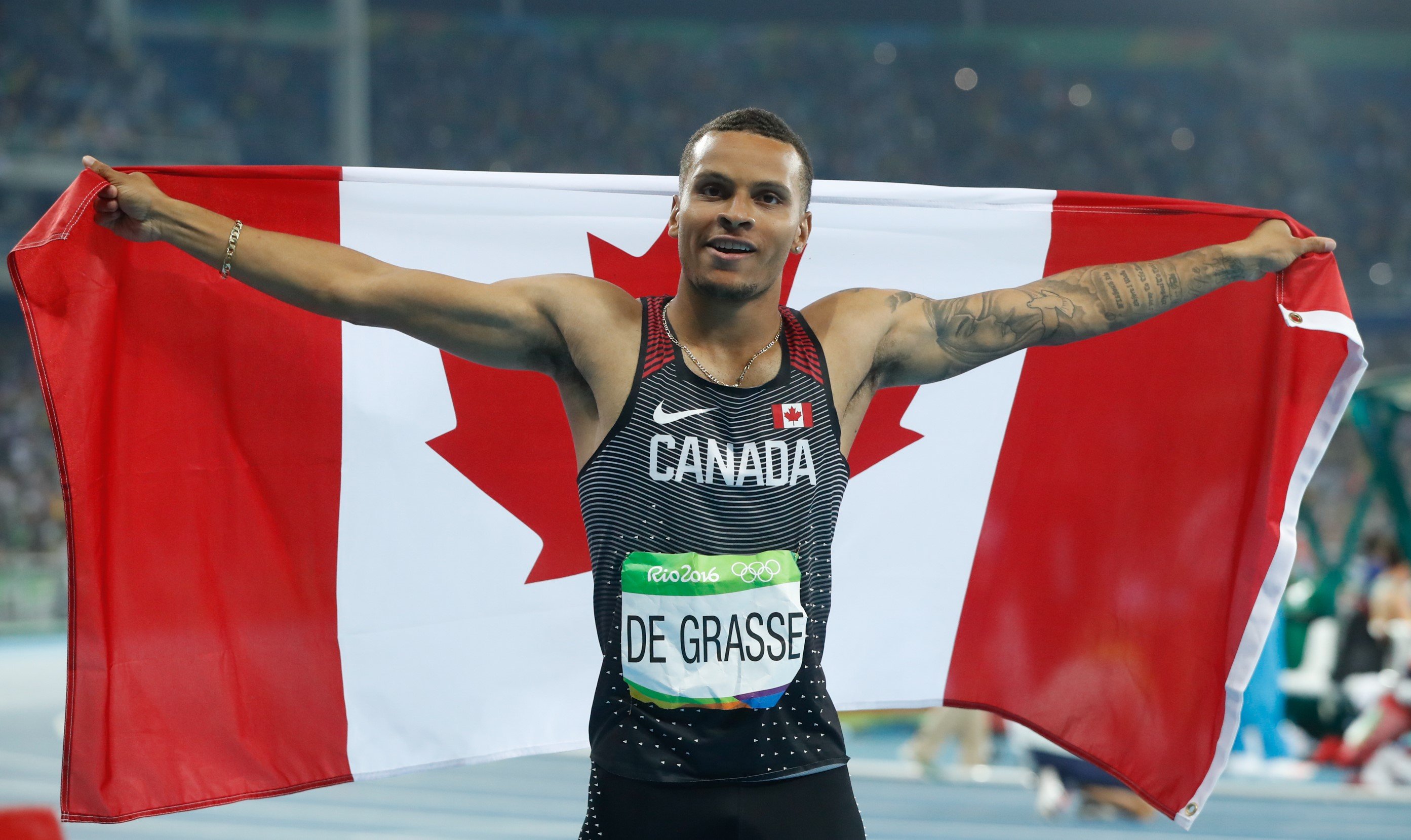 Only one year after making Markham proud with his gold medal at the 2015 PanAm Games and third place showing at the world championships, he upped his game once again for the Olympics to take on an even better field than the Worlds had to offer. Yet once again the Markham-raised running prodigy turned in a medal performance, behind only the US’s Justin Gatlin and the incomparable Usain Bolt of Jamaica.

When most athletes would be enjoying the glory of receiving a medal at their first Olympics, De Grasse is taking the time to prepare for his next big challenge against Bolt.

“I would love to sit back and celebrate last night, but it’s not over yet…stay with me Canada,” tweeted De Grasse referring to his 200m run.

De Grasse came from the middle of the pack to end the 200m race less than half a second behind Bolt.

“He (Bolt) just ran away from me and I couldn’t catch him. It is what it is,” acknowledged De Grasse.

“I came up a little bit short. I’ll be ready next time.

“I’m so happy to be here representing my country. This is my first Olympics, I can’t complain, I came away with two Olympic gold medals,” De Grasse said after winning his silver medal.

Two days later after winning a bronze medal in the men’s 4 x 100 relay, he was quite pumped saying, “It feels incredible, Olympic dubut with three medals.” De Grasse along with the rest of the men’s relay team beat the 20-year Canadian 4×100 record set in 1996.