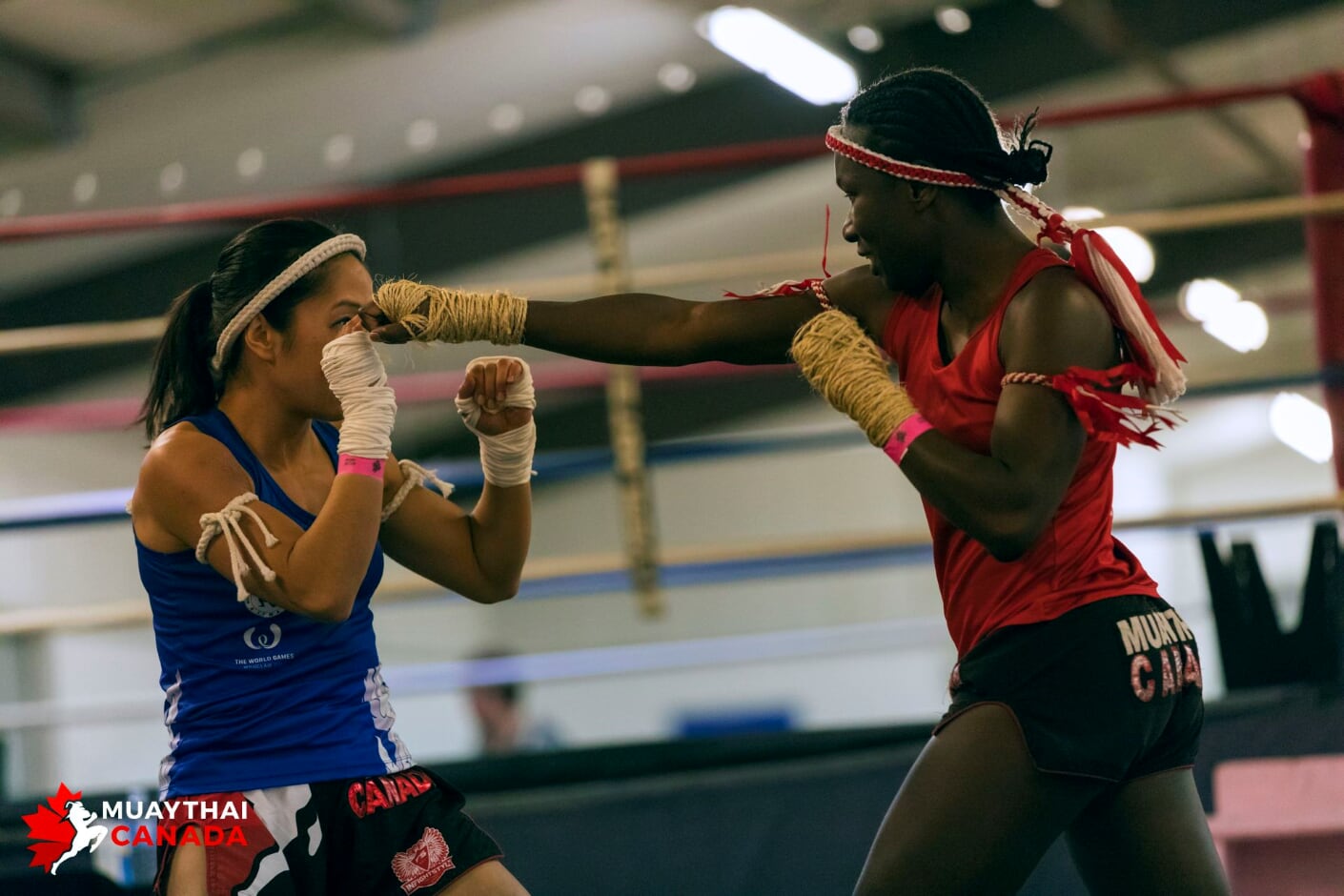 The fists will be flying and the knees knocking when Canada’s top Muay Thai boxing tournament comes to Markham. For the first time, the Pan Am Centre will play host to the Canadian championship from Oct. 19 to 21.

Muay Thai boxing is the national sport of Thailand, but it has a rich history in Ontario going back to the 1980s.

Of the combat sports, it’s one of the most fast-paced, making it as exciting for those watching as it is for the ones competing, according to one of its key organizers in Canada.

“It’s a mix of Thai military martial arts mashed up with western boxing that has been refined over time,” said Michael Reid, Muaythai Canada general secretary. “Now, it’s a very international sport with its own unique rules. It’s very different from what people are familiar with when they consider western kickboxing.”

Muay Thai uses what’s known as the “art of eight limbs,” meaning hits are allowed with fists, elbows, knees and shins. It was the sport popularized in Jean-Claude Van Damme’s 1989 film Kickboxer.

While Muay Thai is not in the Olympics, it is recognized by the International Olympic Committee, a designation the sport’s enthusiasts hope will soon lead to its inclusion in the Games.

Those who perform well in October’s championship can earn a spot on Canada’s national team, which competes in the Pan American Championship in Buenos Aires, Argentina in December and next May’s world championship in Australia.

However, Reid was quick to point out that there’s a lot of appeal for the sport in Canada from people with no international competitive aspirations.

“At the national championship, it’s also developmental,” he said. “We have people of all experience (levels), all ages. Everyone is welcome to participate, novices all the way up to Team Canada hopefuls. But when we look at building the team, it’s people who are competing at only the highest level.”

To realize the rising popularity of Muay Thai boxing, one needn’t look further than tournament enrolment. In last year’s national championship, 230 athletes competed. This year, that many signed up for just the Ontario tournament. Reid expects about 300 at the October event.

Once you’re exposed to it, it’s hard not to get hooked, he says. Not just on the energy and showmanship, but also the cultural elements that truly set Muay Thai apart from other combat sports.

“It is a cultural sport, being the national sport of Thailand,” Reid said. “With something like karate, there’s a uniform, a language to learn, a discipline that’s there in the respect from student to teacher. A lot of that is present in Muay Thai, but in different ways.”

Competitors wear a special style of Thai shorts, as well as a unique headpiece. They’ll often do what’s best described as a “Thai war dance” before starting.

“It’s not religious,” Reid said. “It’s a bit of cultural appreciation for their teachers, or their opponents, or their training program. They used to use it in the Thai military, but now it’s more of a showpiece to showcase your skills before a competition. There are cultural aspects like that, the battle for respect, the Thai language. It’s all stuff that, as the sport grows, we have to preserve as we’re sharing a sport that originated in a country across the world.”

Details and registration at muaythaicanada.org