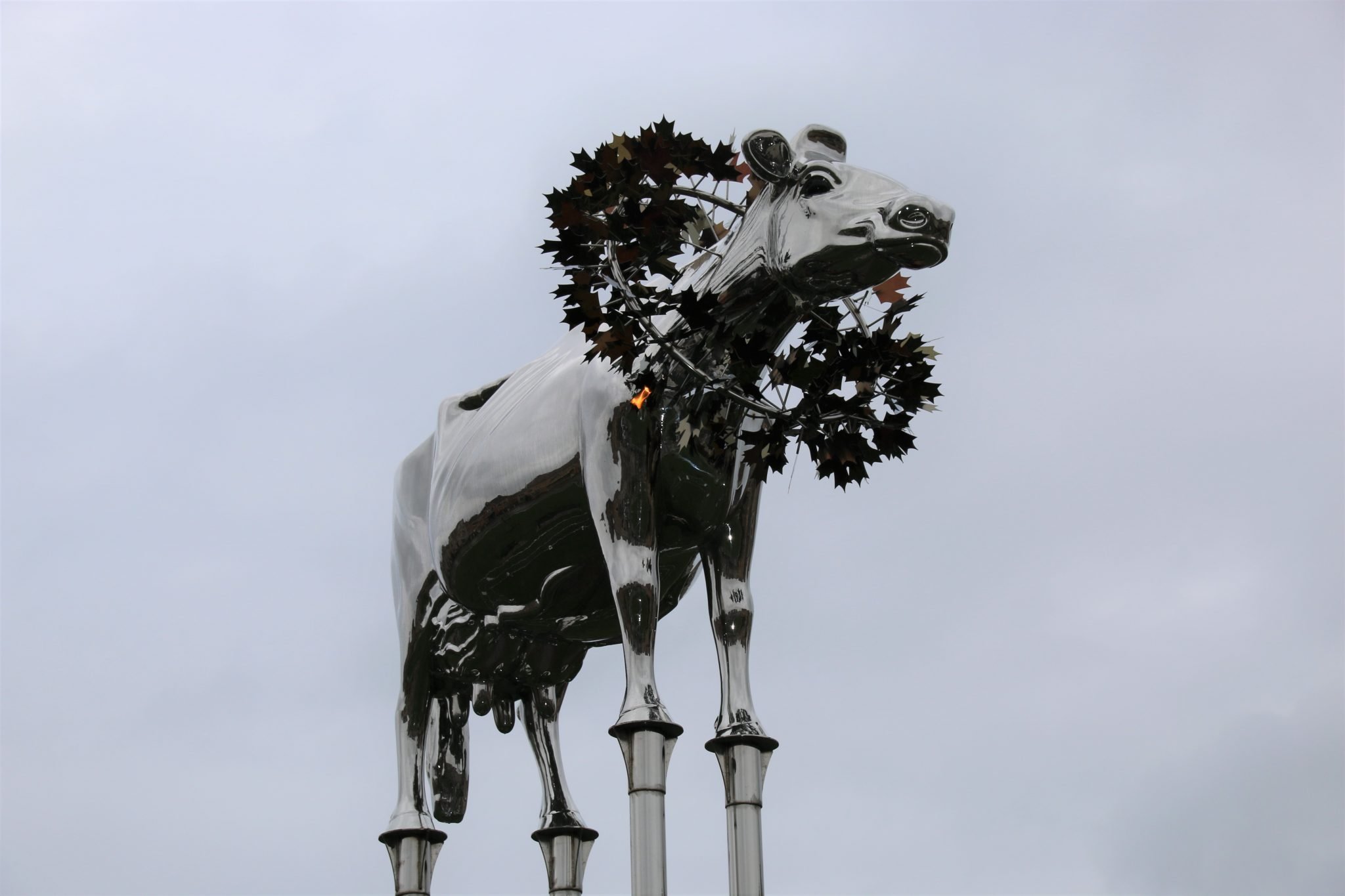 The saga around Charity, the stainless steel cow sculpture that has overlooked a small parkette in Cathedraltown since last summer, is coming to a close, with plans to move her to greener pastures.

The City of Markham successfully opposed a motion for an injunction that would have prevented it from removing or relocating the 25-foot high statue that’s currently located on Charity Crescent near Elgin Mills Road and Major Mackenzie Drive. Some residents had a beef with the statute, complaining it’s too close to their homes and sharp leaves from the wreath around the cow’s neck have fallen off in the wind.

Following the release of the court’s injunction decision, the donor has agreed to accept the sculpture’s return. The city will remove the sculpture “as soon as reasonably possible” with the assistance of a contractor, it says in a news release, and will arrange for security personnel and bylaw patrols to ensure the safety of residents and workers.

According to media reports, Romandale Farms filed a lawsuit against the city this past spring surrounding council’s decision last fall to relocate the controversial sculpture.