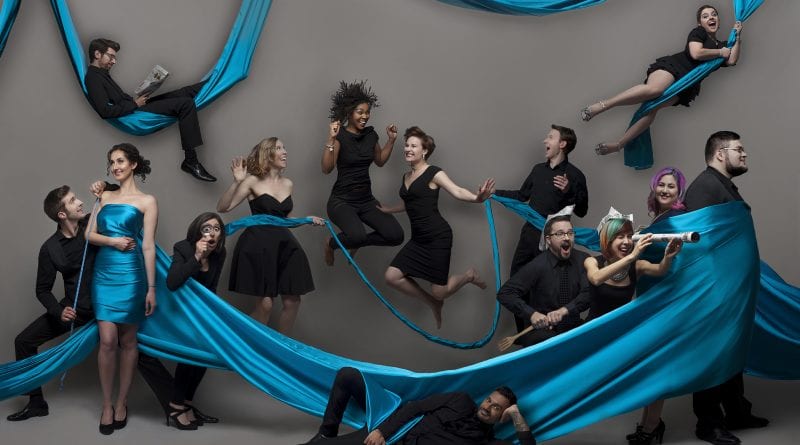 The award-winning group will be playing Markham for the first time on Thursday, Dec. 12.

Formed around a kitchen table in 2010, Countermeasure has been winning over audiences from Canada to Japan, and are currently doing a mini tour of several Ontario cities. The group also marks a new direction from a concert to more of a theatrical experience with choreography, sound and lighting design.

“We draw on a lot of different cultural and musical traditions,” artistic director Aaron Jensen said. “While it focuses on jazz and pop and soul and funk, we pull in different parts of the world, experimental and choral music to enhance what we do.”

The group was founded by Jensen, who also serves as arranger and composer, and J-M Erlendson who serves as general manager, and their respective partners Tara Park and Elana Steingart. All four also sing in Countermeasure.

Additional members were added from people they knew, notices posted on several websites and other spots. Open auditions also attracted people from the Toronto community. Many of the group’s 12 members have music in their backgrounds.

“You’d think that for a singing group the most important thing is to be able to sing in tune or be a strong soloist or whatever else, but the key to our group is the personalities and the relationships we forged over the years”, Erlendson said.

The group began to transition from a band to a performing ensemble that puts on a cohesive show at the Edinburgh Fringe Festival in the summer of 2016. It was a turning point in their careers.

Since then, they have released two award-winning albums and are currently working on their third. It will mark a big departure from previous recordings in that it will include a different solo instrumentalist for each song. They plan to release new tracks over the next few months in advance of a full album in the spring of 2020.

For the Markham concert, all of the sounds, lyrics, and music will be made with their voices. The show features mostly original songs along with some innovative arrangements of covers such as Cole Porter’s I’ve Got You Under My Skin.

Jensen does all of the arrangements and writes the songs. He studied composition at York University and toured for five years with Juno-nominated jazz quartet Cadence prior to starting Countermeasure. He is also in his fourth year as music director of the TV show Schitt’s Creek.

Aside from his singing, he said his primary instrument is the piano but he doesn’t use it for writing until much later in his creative process.

“Composing comes most naturally to me as I’m walking around,” he said. “Ideas come to me and I sing them into my phone and well after the fact mine the voice memos at the piano.”

Videos for their original songs, Life is Fine and Fox in the Field, from their latest album release, Made to Measure, can be seen on YouTube.

The concert takes place on Thursday, Dec. 12, at 8 p.m. at the Flato Markham Theatre.