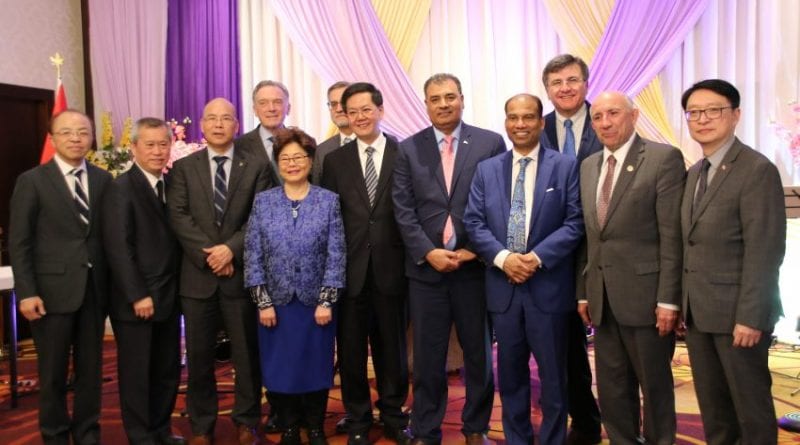 As the SNC Lavalin saga drags on in Ottawa and Liberal incumbents feel the pressure there and at home, Conservatives are getting pumped up about their chances in the next federal election this fall and ramping up local efforts including nominating a candidate in the last open riding in the area, Markham-Stouffville.

While Markham-Unionville incumbent MP Bob Saroya had long been declared the nominated candidate there and has been taking to the doors already, when not in Ottawa,  long-time party activist and past PC candidate Alex Yuan has been doing the same for a few months in Markham-Thornhill. Yuan will take on Trudeau loyalist Mary Ng, currently as small business and export promotion minister.

Yuan demonstrated his drawing power recently by hosting a sold-out fundraiser that collected together more than a dozen elected Conservative politicians from every level of government.

Meanwhile, on the same evening Conservative members in Markham-Stouffville chose Tamil businessman Theodore Antony to take on Jane Philpott in the fall, despite not being seen as the leading candidate going into the contest.

The NDP have not nominated any candidates in the Markham and Stouffville areas.

Main photo: Elected and nominated Conservatives gathered in a show of mutual support at a recent fundraiser.