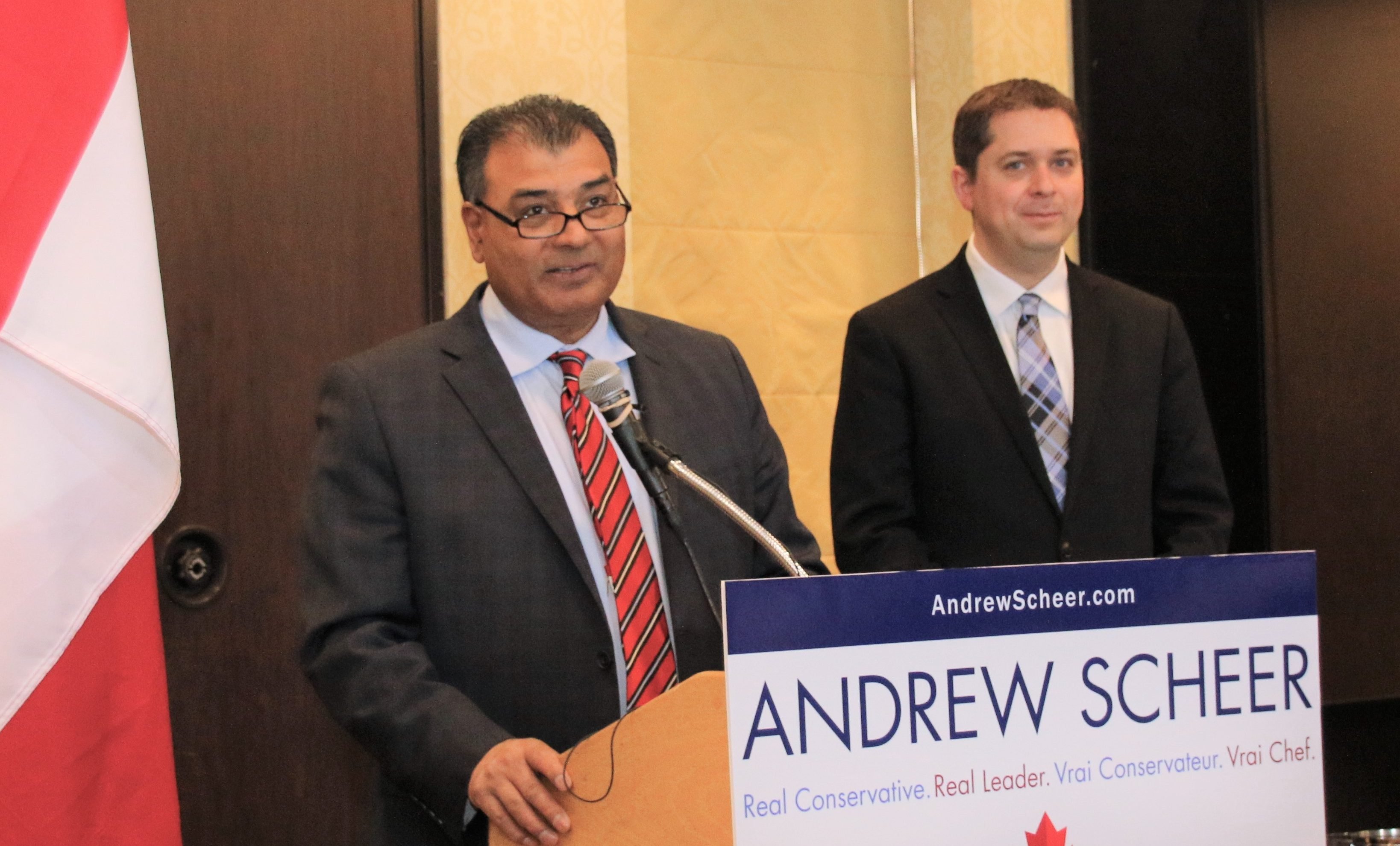 The long race to see who will be the next federal Conservative leader is just starting to heat up as would-be leaders get down to ground-level meetings in the vote-rich, multicultural GTA. Markham, with it’s large ethnic makeup and a sitting Conservative MP to boot, will be a popular stop in the next few months leading to the May 27 finish line.

Two of the leading contenders in the race were pressing the flesh locally this past weekend with Kellie Leitch and Andrew Scheer doing the rounds. Leitch, who is stubbornly sticking to a ‘Canadian Values’ platform promoted by her now ex-campaign head Nick Kouvalis, kept a low profile in a fairly brief visit. Contrast that to Andrew Scheer who was busy in high profile way, reaching out to local Tories in private meetings and at a press conference hosted by local MP Bob Saroya, who took the opportunity to formally endorse Scheer, becoming the 24th sitting MP to do so.

Scheer, the likeable, bilingual, father of five repeatedly emphasized the importance of Conservatives delivering a positive message of hope and opportunity to newcomers, underpinned by a sensible, straightforward economic plan that, he promises, would see the annual federal deficit disappear after a year in power should he become Prime Minister.