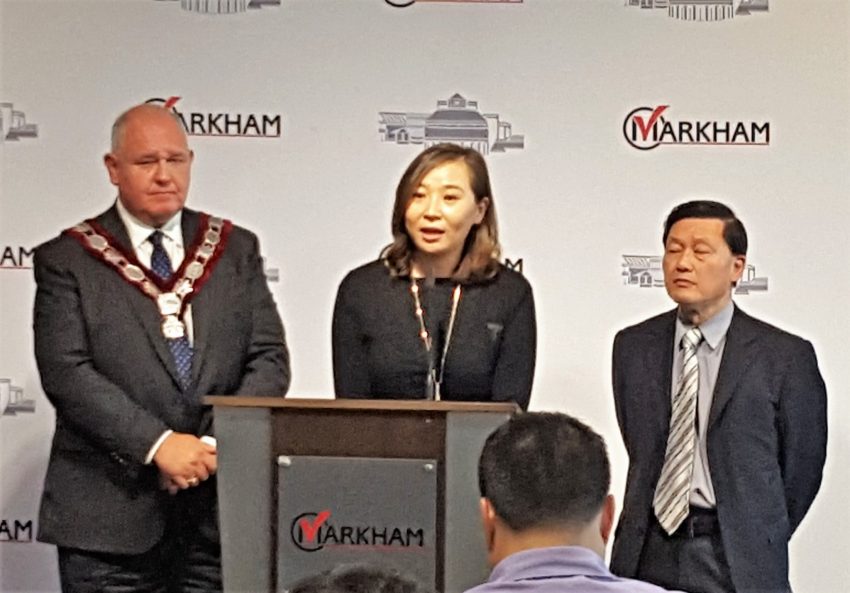 The City held a press conference in additional response to the video game “Dirty Chinese Restaurant” that has been denounced by all levels of government as racist and demeaning. Several leaders in the Chinese community joined Mayor Frank Scarpitti and members of Council to denounce the game and its’ potential impact on society.

Catherine Hou of the Chinese Culinary and Hotel Association was one of the speakers at the event who announced the formation of a coalition of over 200 Chinese entrepreneurs across Canada. They plan to stand up against these types of activities, starting with a campaign called Clean Chinese Restaurants.

Mayor Scarpitti called for the game to be blocked by major distributors like Google, Apple and Android in a statement made on his Facebook page. At the conference, he added the impact this content could have on youth, “I don’t want, for one moment, a Chinese-Canadian child (to) feel for a moment that the culture that they belong to is somehow viewed in (a) demeaning and derogatory fashion.”

In a show of leadership and solidarity, he went further to state, “I don’t want them to feel any negativity at all. I want them to know that they should be proud, that the Chinese community has made tremendous contributions to Markham and to Canada.”