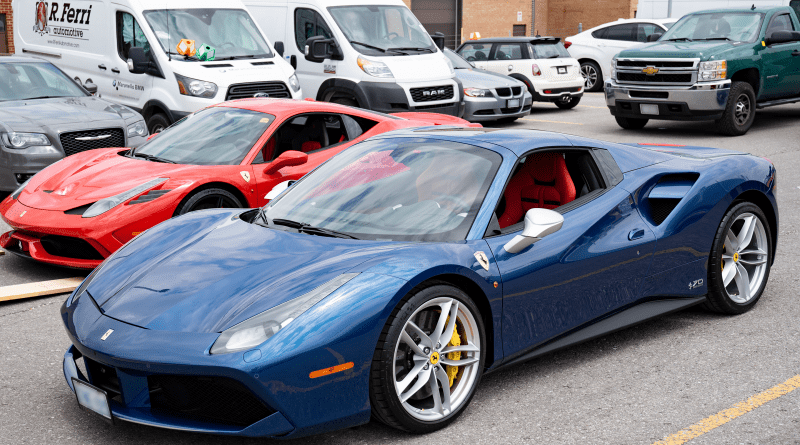 Police have busted an organized crime family in Vaughan that has allegedly been money laundering, loan sharking and running illegal gambling for three decades, seizing $35 million in proceeds, including $1 million in cash, 27 mafia-owned homes and 23 high-end luxury cars, including five Ferraris.

In a joint investigation dubbed Project Sindacto, York Regional Police began investing the Figliomeni organized crime group in early 2018 and beginning July 12, executed 48 warrants at residences, businesses and cafés across the Greater Toronto Area with the help of numerous police services across the province.

Nine people have been charged, including Angelo Figliomeni, 56, the alleged boss of the organization. “These arrests signify the fall of power for the most significant ‘Ndrangheta crime family operating in York Region,” says Chief Eric Jolliffe.

“Over the past 18 months, we have invested heavily, using our finest and most highly-trained investigators to bring an end to this family’s international illegal gaming and money-laundering activities. We know that violence has occurred as a result of their activities and that our community is a safer place following these arrests and charges.”

A Canada-wide arrest warrant has been issued for a tenth alleged member. Anyone with information about the investigation should contact the Organized Crime and Intelligence Bureau – Traditional Organized Crime Task Force at 1-866-876-5423, ext. 7818. Or, call Crime Stoppers at 1-800-222-TIPS, leave an anonymous tip online at www.1800222tips.com.

Investigators have also been working with the Italian State Police and on July 18, warrants were executed in Calabria, Italy, where multiple arrests were made.