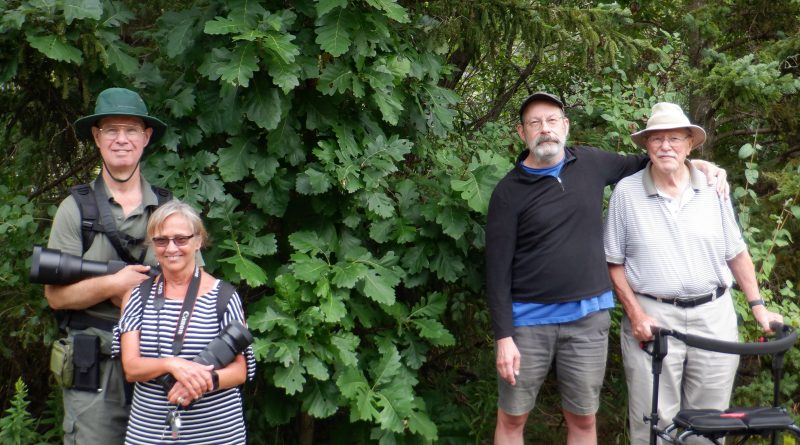 Markham residents have been working hard to preserve the natural beauty around Swan Lake Park.

Don and Cindy Fowler have been educating people about the park and helping animals in distress. Don and his wife have been walking around the park for 12 years, taking photos of nature, insects, birds, and animals that live there. He makes good use of the pictures. He sends their pictures to about one-hundred and fifty families some of whom share them with friends around the world. He submits them and lists of species to speak for the condition of the park at meetings of Friends of Swan Lake and when notifying the City about a pressing issue. He also publishes the photos in the local magazine with stories. Don adds, “From time to time we see an animal or bird in distress, and we try to notify the wildlife rescue groups to get help. I’ve reported Canada Geese entangled in fishing line, Cormorant that had a badly broken wing.”

Vappu Siebenaller (Kitty) moved to the Swan Lake area about three years ago. Her son had found her a place to live beside a lake that she had become accustomed to living near. She walks up the north and south side of the park every day. When asked why she picks up other people’s trash including broken bottles and shards of glass, she answers, “For planetary reasons. There are children who walk that path.”

Mark Henschel’s activities arose out of his work with Swan Lake Village’s mute swans helping his father Arthur – a long-time head feeder – and the rest of the swan care crew. At feeding time Mark often talks about the swans and encourages park goers to tread softly, observe closely and respect nature. A few years back he and his brother Craig noticed that garbage – plainly visible in the spring – was still there under new growth later in the summer. They decided to collect the garbage in spring while it was easy to see and to get to. This led to an increased advocacy for the lake, the park and the rich diversity of wildlife where once there was only a pond in a gravel quarry.

Don, Cindy, and Mark are not impressed with the idea of turning the park into an amusement district. “There is too much wildlife there that could not survive such amenities,” says Mark. “Their welfare is the reason I’ve been stepping up and getting involved.”

Supporting women entrepreneurs to scale up their businesses and access global markets generates growth, creates jobs, and will be key