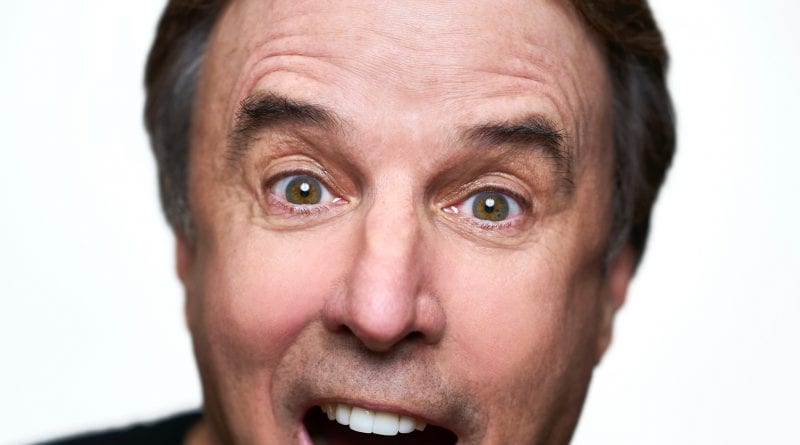 Kevin Nealon says he is often mistaken for Canadian. He figures it must be because he’s nice, or that he’s a Connecticut boy and anything that northern, for most Americans anyway, is as good as being a Canuck. Or is it that his Twitter description says he’s an accommodator/apologist, two unmistakable Great White North traits.

The former Saturday Night Live (SNL) cast member does admit, “Canada is always inspiring to me – getting outside the mold. Because I can just feel it in my bones.”

He won’t be feeling the bone-chilling cold this time around, though, when he visits April 26 to do his stand up show at the Markham Flato Theatre and, for that, he’s thankful.

Most Gen-Xers recognize the actor and comedian for his nine-season stint at SNL beginning in 1986, playing characters such as Mr. Subliminal and Franz (of Hans and Franz) opposite Dana Carvey and anchoring Weekend Update.

Lately, his small screen and big screen appearances have been vast and varied, including a recurring character on TV’s Weeds and Still Standing, and in the films Happy Gilmore, Anger Management, Little Nicky, and Daddy Day Care.

His profile as a comedian initially received a major boost in 1984 when he made his first network appearance, on The Tonight Show Starring Johnny Carson.

“I kind of pat myself on the back now as that person back then on the Tonight Show – how scared I was and I still did it, how excited I was, and I got through it and did well,” he recalls. “I just think back at how brave I must have been to have done that, and how terrified I was. That’s what I think about.”

The new set – now 35 years after that big break – contains some self-reflection.

“I’ve been writing a lot of new material and exploring different avenues to, kind of, reflect my own life,” he says. He never knows where precisely the next punch line will come from.

“Being on stage and riffing with the audience is one way. Another way is sitting down at a desk thinking up topics and writing them out, trying to formulate jokes. Another is being with friends – having a conversation in a restaurant or at a party and coming up with something. That’s pretty much the way. Also, stealing. I like to steal jokes too.”

In addition to his live shows, for the past year and a half, Nealon has had a regular online streaming interview show, Hiking With Kevin, videoed while walking on trails, with guests as Howie Mandel, Rob Lowe, Jeff Goldblum and Jack Black.

“The interesting thing about it is the people, when they are outside like that, they let down their guard a lot,” notes Nealon.

If there was any dream interviewee, past or present, he’d choose Leonardo DaVinci.

“Because I think he was such a Renaissance man, and so smart,” says Nealon. “He had so many ideas and I’d love to hear how he came up with them and what he thought about hiking. And, if he has any ideas for a better hiking boot.”

Markham comedy fans will be able to enjoy the 65-year-old funnyman’s verbal versatility at play, where he will – to paraphrase his character Franz – “pump… you up” with laughter.