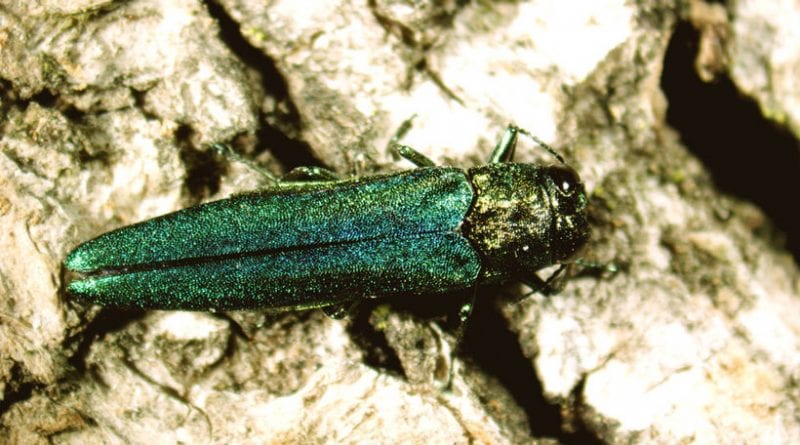 The Regional Municipality of York continues efforts to manage the emerald ash borer and other invasive species such as wild parsnip and giant hogweed across York Region with strategies to slow down their spread.

However, without adequate funding, the region’s ability to provide valuable outreach and education on invasive species prevention becomes limited.

Invasive plants and animals are those not native to an ecosystem and can cause harm to our natural environments and wildlife, local economies and people.

Ontario has more invasive species than any other province or territory in Canada.

A recent study conducted by the Invasive Species Centre collected costs reported by Ontario municipalities and conservation authorities and shows an average of $50.8 million per year being spent to address invasive species. The potential economic impacts on agriculture, fisheries, forests, health care, tourism and the recreation industry are estimated at $3.6 billion each year.

The provincial government has significantly reduced funding to key partner organizations which focus on invasive species. This will negatively impact support and resources available to municipalities, conservation authorities and residents.

“Although we are making progress managing the impacts of emerald ash borer, there is more work to be done,” said City of Vaughan Regional Councillor Mario Ferri, Chair of Environmental Services. “York Region remains vigilant and continues efforts with local cities and towns and other levels of government to mitigate and combat the threats posed by these invasive species.”

Many other invasive insects and plants continue to impact or pose a threat to the Region’s urban landscapes and natural areas. York Region is requesting the province reinstate funding to invasive species partner organizations integral in providing resources to municipalities and community groups working to manage the threat and impact of invasive species on Ontario.