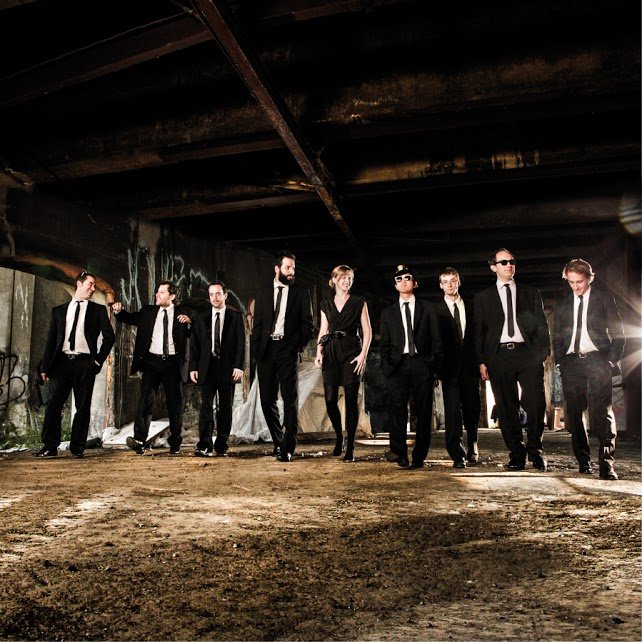 In their show Volksmobiles, Collectif9 delivers an uncompromising selection of short pieces, often folk-inspired. From Gagnon to Golijov, passing though Brahms and Schnittke, the repertoire of the group is integral to its identity. Between bursts of energy and dreamlike states, many of the presented pieces are original arrangements, and have rarely been played on the same program.

Founded in Montréal in 2011 out of a desire to reach a more diverse audience, collectif9 already has a track record that includes dozens of concert performances, including large-scale performances at Club Soda, Rialto Theatre, and at Ottawa Chamberfest. In 2012, collectif9 introduced an innovative project of short videos, called LIVEshorts, broadcast over the internet at www.collectif9.ca – each live, unedited performance is produced in a unique setting.

During the 2015-2016 season, collectif9 saw the release of their debut album. Performances took the group across Ontario, New Brunswick, and China, and included an extensive tour throughout Quebec with the support of the Entrées en scène Loto-Québec program.

The mission of collectif9 is to present classical works and ideas to a pop culture audience, particularly by demonstrating the connection a listener immersed in the pop world can feel with contemporary classical music.

Playing short excerpts of works arranged for the group, collectif9 pays close attention to the energy, flow, and variety of each show as a whole, highlighting the use of familiar dance rhythms, developing transitions between pieces, talking to the audience, and using lighting effects to emphasize the character of each piece.

Mark your calendars for Oct. 14 and go see this nine-piece string ensemble amaze the audience at the Flato Markham Theatre.