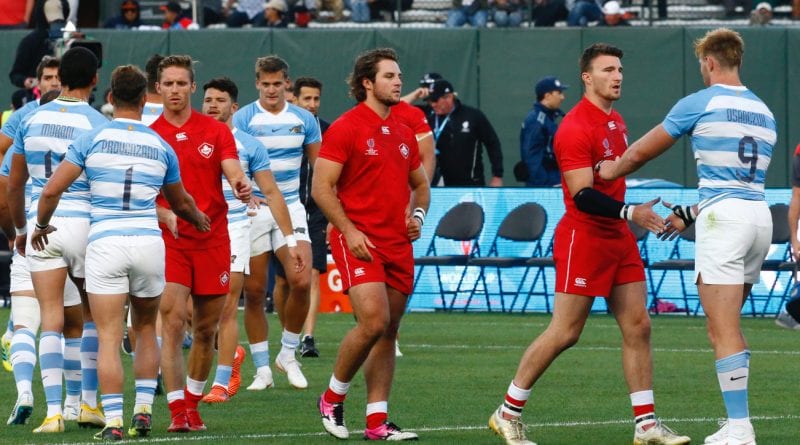 Andrew Coe has had the opportunity to represent his country before.

He’s never quite gotten the chance to do it on this stage, though.

Coe was named to Team Canada’s senior men’s side ahead of the 2019 Rugby World Cup, beginning later this month in Japan.

The Markham native made his senior squad debut two years ago against Georgia, and was one of 31 players named to Canada’s roster for the World Cup.

Coe, who suits up for the Markham Irish, has seen action for age-level national teams for over five years now.

The wing also played rugby for the Bill Crothers Colts before attending the University of British Columbia to take the pitch for the Thunderbirds.

He’ll be joined by Barrie native Taylor Paris on the Canadian side, which has an exhibition match in Vancouver against the United States on Saturday night.

Canada’s first match at the Rugby World Cup is on September 26 against Italy.