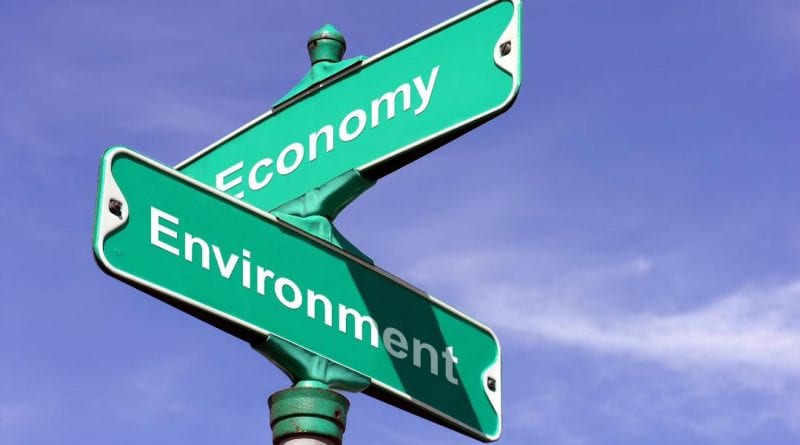 Federal candidates from the three Markham ridings are out knocking on doors vying for your vote. Mark your calendars for October 21 and get ready for an evening of excitement as the votes get tallied and confirm who will be the local representatives in Ottawa for the next four years.

For Chris Williams, running as a Green Party candidate in the Markham-Thornhill riding was a clear choice.

A teacher at Milliken Mills High School for more than 27 years, he led a number of environmental and community projects that serve as bridges between the community and school.

“I chose to align with the Green Party because I am deeply concerned with the rapid onslaught of climate change and the insidious effects of continued fossil fuel dependency,” said Williams who along with Alex H. Yuan (Conservative), Paul Sabhaz (NDP) and Lianne C. Cheng is one of four candidates looking to defeat Liberal MP Mary Ng. “Only the Green Party has a broad and actionable plan to drastically reduce greenhouse emissions over the next 10 years.”

Williams, who has led the Alternative Education stream for at-risk youth at Milliken Mills says, like many people in his riding, he’s worried about the future for he and his children.

“Through my work with at-risk youth, I see the struggles faced by regular working people and new Canadians in particular, and I hope to be able to bring their concerns to Ottawa with a sense or urgency and integrity.”

Which is why he believes the time has come for a guaranteed living income.

“We need to stop spending billions subsidizing the oil and gas industry and buying pipelines,” he said. “We need to provide supports to lift people out of poverty and give them the tools to become successful for themselves and their communities.

Here’s a look at the other candidates running locally:

MARY NG – Elected in a by-election in April of 2017, the Liberal MP is the Minister of Small Business and Export.

With 20 years of public service, she helped facilitate the Federal Government’s commitment to invest in Canadian ideas and innovators in her riding by recommending the inclusion of Markham’s tech-innovation hub and VentureLabs, with the Advanced Manufacturing Supercluster expected to have a GDP impact of more than $13.5 billion over 10 years and create over 13,500 middle class jobs in the region.

“I’m proud to serve as the MP for Markham-Thornhill and as the Liberal candidate for our community,” Ng said on Twitter. “I will continue to work hard every day to earn the right to come back and serve our diverse community. Together, let’s build on the progress we’ve made and #ChooseForward.”

Yuan has been recognized for his volunteer work in the community, receiving the Queen Elizabeth II Diamond Jubilee Award for volunteerism and the Ontario Volunteer Service Award, as well as the Entrepreneur of the Year Award from the Association of Chinese Canadian Entrepreneurs.

Yuan, who emigrated from Hong Kong with his family at the age of 16, and his wife, Lucy, are the parents of two adult children and one grandchild.

“Canadians want change,” Yuan said on Twitter after a GTA rally with Conservative leader Andrew Scheer. “#MarkhamThornhill Conservatives will stand up for you and let you get ahead.”

PAUL SABHAZ – The NDP candidate was a late entrant into the race.

The People’s Party of Canada have yet to name a candidate as of press time after Lianne Cheng had to step down as a candidate for personal reasons.

BOB SAROYA – Elected to the House of Commons in 2015, the Conservative MP currently serves as the Associate Shadow Minister for Immigration, Refugees and Citizenship and is a member on the Standing Joint Committee of the Library of Parliament.

Born in India, he immigrated to Canada more than 40 years ago and became a successful entrepreneur and served as a corporate director for a multi-billion Canadian company. He and wife, Roopa, have three children; Rohin, Tarun and Shalin.

“This election, the choice before Canadians has never been more clear,” Saroya said on Twitter. “It’s between @Justin Trudeau who is clearly incompetent and should be investigated by the RCMP or a Conservative Government led by @Andrew Scheer, who will uphold the rule of law and help all Canadians get ahead.”

ALAN HO – The Liberal candidate is now in his third term as a Markham councillor after being elected in 2010 and has lived with his wife Alice and their two sons in Markham for more than 20 years.

Ho, who has chaired numerous Markham Council committees, is presently leading up the Markham Culture and Economic Development Committee. He and wife, Alice, have owned and operated a company specializing in garment manufacturing and wholesaling for over 20 years, with Alice taking the reigns eight years ago to allow him to focus on his council work.

A volunteer for Liberal election campaigns for over two decades, Ho was the president for the provincial house speaker and MPP, Dr. Alvin Curling, from 1999 to 2001. His work in the community also being the president of the Markham-Unionville Rotary Club (2009) and a president of the Centre for Information and Community Services of Ontario (CICS) in 2008.

“I moved here from Hong Kong in 1987 and I’m so proud that we can come from anywhere and celebrate our culture with fellow Canadians,” Ho told the crowd at the Mid-Autumn Festival Rally in Markham in mid-September.

“I know our leader, Justin Trudeau, has Markham-Unionville in his heart, like giving 13,000 families Canada child benefits. Like investing $30 million dollars for the Yonge subway extension,” he added.

Kao, who has a Bachelor of Mathematics from University of Waterloo and works as a data analytics manager, was raised in Markham-Unionville by first generation Canadian parents and a large extended family that immigrated to the area and he believes this experience instilled in him a deep sense of community and the importance of establishing strong roots.

He is a believer that small businesses are the backbone of thriving communities, something he saw for himself through his grandfather, a successful entrepreneur and owner of one of Toronto’s first Chinese grocery stores.

Kao is aligned with the party because he agrees with their commitment to sustainability, small business and evidence-based decision making.

SARAH P CHUNG – The People’s Party of Canada candidate is a 1992 Olympian in Taekwondo and sixth Dan Black Belt  Taekwondo Master, and has been a Canadian immigration officer for over 10 years.

The local business owner, who speaks several languages, has listed strengthening law and order, promoting freedom of religion and speech, supporting lower taxes, advocating for a fair and efficient immigration system and encouraging scientific and technological innovation among her platforms.

“You’ve given me your trust,” Chung said in a statement on her website. “I pledge to work with diligence and integrity on your behalf. To be Member of Parliament is to be passed a torch that burns with passion and purpose. If I am to become Member of Parliament, I will dedicate my voice and essence to carry that torch, just like an Olympic Torch.”

NDP – The New Democratic Party had yet to nominate a candidate for the riding before our press time.

(After this story was originally published, Gregory Hines was announced as the Markham – Unionville candidate.)

JANE PHILPOTT – The doctor and Member of Parliament for Markham-Stouffville was first elected in 2015 as a Liberal, but will now be looking for re-election as an independent.

Philpott has served in numerous cabinet positions, including Minister of Health, Minister of Indigenous Services, President of the Treasury Board and Minister of Digital Government.

She worked as a family doctor for 30 years prior to her career as a politician, 17 of those as a family physician after she moved to Stouffville. She was the Chief of Family Medicine at Markham Stouffville Hospital and Associate Professor in the University of Toronto’s Faculty of Medicine.

“People in Markham-Stouffville know my work on my behalf of the community where I have lived for over two decades,” Philpott said. “I served here as a family doctor for 17 years and then as MP for four years. Over that time, I have earned the trust of fellow citizens. I believe they will support me based on my record of hard work and integrity.”

HELENA JACZEK – Voters in the riding will have a choice between two female doctors as the former Ontario Liberal health minister will be seeking to defeat MP and former Liberal Jane Philpott.

Jaczek was an MPP for the riding of Oak Ridges-Markham from 2007-2018, where also served as Chair of Cabinet, Vice-Chair of the Health, Education and Social Policy Cabinet Committee, as the Minister of Community and Social Services. on the Select Committee on Mental Health and Addictions an the Standing Committee on Finance and Economic Affairs.

The former Medical Officer of Health and Commissioner of Health Services for 18 years with the Regional Municipality of York, Jaczek currently sits on the boards of Reena, an agency providing services to adults with developmental disabilities and Yee Hong Centre for Geriatric Care, where is Chair of the Quality Committee.

Jaczek moved to Canada from England at the age of 12.

“Andrew Scheer – a real Conservative who will make cuts if elected,” she said on Twitter.

THEODORE ANTONY –  The Conservative candidate says he holds the experiences of new Canadians close to his heart after immigrating himself to Canada with his family.

Having built his business and raised his family here, the entrepreneur says he cares deeply about the community and the issues that matter most to the constituents in Markham-Stouffville.

A director in the RESP Industry, Antony holds two university degrees (Bachelors of Science and Bachelors of Business Administration) and has experience with clinical and scientific research in biochemistry.

Theodore and his wife, Sara, live in riding. They have two children and a grand-daughter

“The writ has been dropped and the election is on,” Antony said tweeted out on Twitter after the elections was called. “I am ready alongside @AndrewScheer to deliver a new Conservative government on October 21st and end waste and mismanagement in Ottawa.”

ROY LONG – The Green Party candidate says he’s just a regular guy trying in his own little way to make the world a better place.

The son of Irish immigrants, he was the first member of his family to graduate from university and believes today’s education is tomorrow’s economy. He sees the high cost of education as a major problem for Canadians.

Long has a degree in business and has worked at the family locksmithing business for almost 40 years. An avid volunteer in the community, he has spent hundreds of hours coaching hockey and softball and helping young people build their confidence at the Young Leaders Program.

He and his wife have two boys, that have just graduated from college and university.

PEOPLE’S PARTY OF CANADA – The People’s Party of Canada did not have a candidate for the riding at press time.

NDP – The New Democratic Party had yet to nominate a candidate for the riding before our press time.