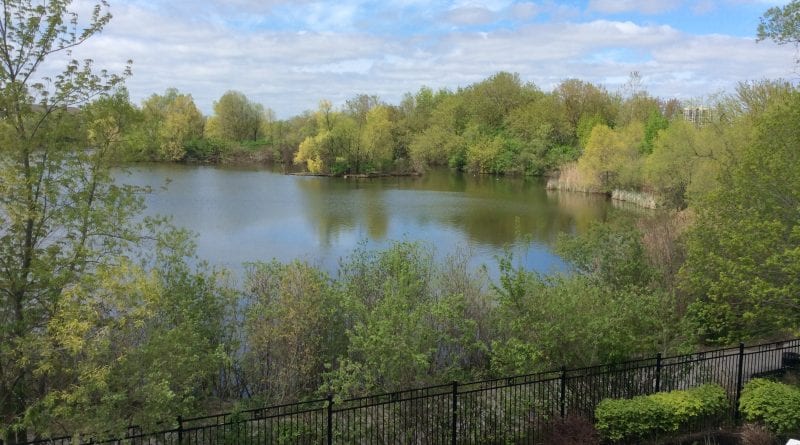 Dave Blinn and Frank Pantaleo have been active in showing what it means to be civic-minded while working to improve the natural environment around Swan Lake.

Blinn reports that Swan Lake has changed a great deal over the years. “Four years ago, the water level dropped by nineteen inches and since then, has become filthy.” He recalls that at that time, the water level was so low that they had to hire two fellows to dig into the mud of the lake at the feeding station. This allowed water to flow in and enabled the swans to access their feed. He added, “One of the two men who did the digging became sick and was off work for a day or two”.

Blinn said that two years ago, he and Mark Henschel used a boat to remove garbage from the lake for two days until it rained. They found a discarded commercial dishwasher and Henschel hauled it out of the lake. The city dispatched a crew to remove it. Blinn relates that this spring, Henschel went out again in the row boat and removed a lot of garbage.

This summer, Blinn and Pantaleo have been removing the filth thrown into the lake by dog owners. Blinn said that he is disgusted by it and hopes that they are getting the message out to people to use the nearby trash bins. Pantaleo agrees. What concerns him is the number of bags of excrement. He said, “At the end of the day, it’s about us doing our part for the environment. My granddaughter and I have been walking the park with picker-uppers, picking up discarded beer bottles, marijuana containers, and condoms. Young kids want to have a good time and think it’s like home and that mom and dad are here to pick up after them. When you see something, you say something.”

Blinn has been retired for sixteen years and has been active on committees.  He is the Chair of the Swan Committee including liaison with the feeding team. He also waters the butterfly canoes placed there by the David Suzuki Foundation; one is close to the pier and the other near Alfred Paterson Dr. and 16th Avenue. Pantaleo has been an advocate for the environment for decades. The provincial minister of the environment Ruth Anna Grier awarded him a silver medal for his initiative to recycle paper waste in Toronto in the 1990s. The work he is doing on Swan Lake is consistent with his love of nature and its natural beauty.