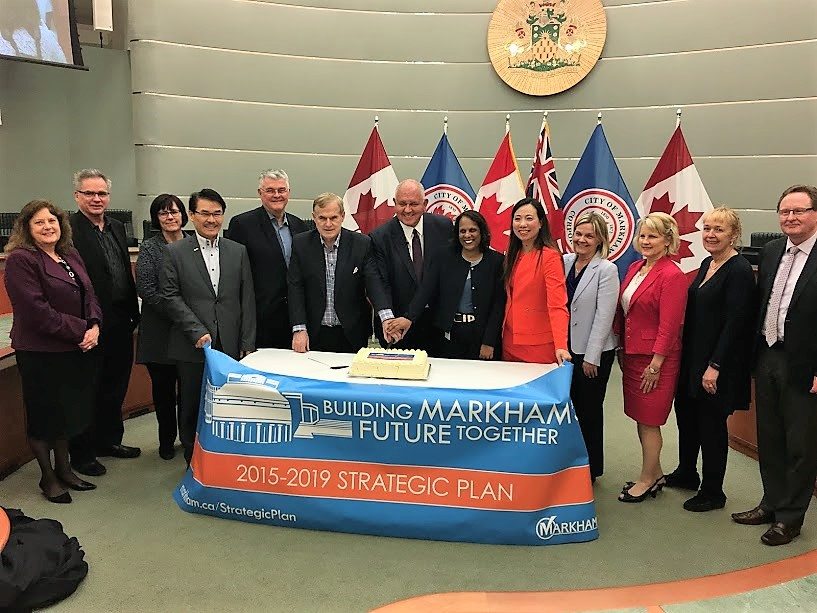 Mayor Scarpitti spoke highly of council’s ability to manage the budget so that residents are faced with the lowest tax increase of all GTA municipalities. He also acknowledged potential challenges that may arise, as a result.

“One of the things that is both something to be proud of but continues to be a challenge is once you deliver good services, people expect that, with everything that you do and that’s good, it keeps us sharp and it keeps us thinking about what we need to do. So, I think the first one was the budget itself, how do we continue to maintain the quality services and everything that our community expects while still having a low tax increase,” said Scarpitti.

The mayor pointed to the success the city has had in putting enough money aside for 25 years of infrastructure replacement. This success can only be met with excellence, according to the mayor, who wants to ensure they keep those funds secure year upon year.

“As I said, 0.5 per cent of (the tax increase) is dedicated to infrastructure replacement because we don’t want to fall behind. I mean, if we do it’s not the end of the world but we’d like it if we don’t fall behind that 25 years of money that we have for infrastructure replacement. That’s why we do the study every year and top it up to make sure we don’t fall behind. If we were to slip, it won’t be the end of the world but you know, slip one year, slip two years – then we could be like other municipalities (where) that sort of takes a back seat and we just worry about whatever issue we’re contending with today.”

As textile recycling increasingly becomes a priority nationwide, our municipality boasts the highest diversion rate across the GTA. The 2016 report also reveals that our program is the first of its’ kind in North America.

“The textile recycling, again I think it’s indicative of a couple of things. One that it’s part of our sustainability initiative but it also demonstrates we’ve had the highest diversion rate for a long time and we’ll probably have it for a few more years. But just because we’ve achieved success, doesn’t mean we can sit back and relax. We’re always looking for how do we further advance what’s part of our plan, how do we further advance in the area of sustainability,” expressed Scarpitti.

The mayor spoke of building on the successes they have worked hard to enjoy and going from strength to strength to excellence. Their work on adding the Pan Am Centre to the city’s solar portfolio, bringing revenue to $300,000 was a source of pride and hope for sustainability going forward.

“When we embarked on our sustainability plan we had no idea we’d actually be lucky enough to get the Pan Am Centre and it was during the planning of that we realized this building’s going to have a large roof on it so it’s a great opportunity for rooftop solar. So, there are some things like that – the fact that we have one of the largest rooftop solar portfolios in the province speaks to a key part of our strategic plan,” said Mayor Scarpitti.

“Things just don’t happen by accident, we work at it. I sometimes think there is a destiny for people, for organizations, even for communities. And so that destiny certainly happens sometimes with a little bit of luck but it happens with a lot of hard work and when we put together a strategic plan to build Markham’s future together, it gave us a roadmap, it gave us a place where we thought we needed it but for all planning which you might do I think an organisation and a community has to continue to have an open mind,” said Mayor Scarpitti.