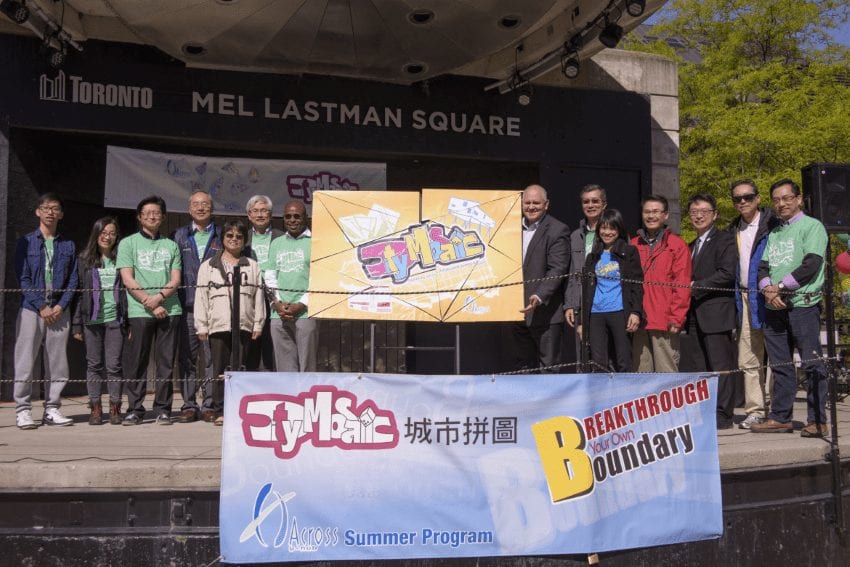 With secret agents, cryptic clues and a race against the clock, City Mosaic 2016 is an adventure that would make even Indiana Jones himself jealous.

Markham community group Across U-Hub is gearing up for its 12th annual expedition — a one-day epic quest that challenges participants to collect clues from some of Toronto’s most noteworthy locales.

On May 28, teams of four will traverse the city’s best kept secrets using public transit – answering prompts, completing group challenges and testing their trivia skills along the way. The winner is determined by their number of correct answers and the time it takes them to complete the race.

“The initial idea to start this event was to really explore the multicultural diversity in Toronto,” said Nick Poon, program assistant at Across U-hub.

“Every year we plan City Mosaic, one of our strongest emphasis is on culture… We want youth to really experience cultural interaction and expand their cultural comfort zones.”

City Mosaic, at its core, is a way to showcase significant places hiding in plain sight. Organizers choose about five or six different sites each year to keep the expedition fresh and exciting for participants. In City Mosaic’s decade-long history, the Distillery District, St. Lawrence Market, Toronto Music Garden, Queen’s Park and Greek Town have been featured locations.

Last year the locations were chosen to fit the expedition’s theme, Five Senses, but this year Poon and the other City Mosaic organizers are trying something new.

“We have a storyline. We’re sending our participants out on a mission,” he said.

The escape room concept puts participants in interactive scenarios and forces them to work together on non-linear puzzles to get out. Escape rooms started as an internet game and eventually spawned real-life rooms in cities around the world.

This year, City Mosaic teams will become secret agents who are on a quest to retrieve city buildings that have vanished without a trace.

“We’re incorporating the story into a lot of our games through the questions and activities,” said Poon.

Keeping with the escape room motif, the May event will have more group challenges and team-building exercises than ever before. In the age of smartphones and wi-fi, Poon said the organizers do their best to include more than just basic trivia questions.

“We try not to have activities or questions that can be searched online. We want to promote that firsthand experience where they have to actually get out of their homes and go to checkpoints and find out the uniqueness of that checkpoint location,” he said.

The action-packed adventure is the culmination of about six months of work by Across U-Hub, a youth-focused community organization based in Markham. Organizers rely on more than 100 day-of volunteers to keep the expedition running smoothly for the approximately 250 people participating in the race.

Registration is $120 per four-person team and includes event t-shirts, program guides and transit passes. Money raised from the annual expedition supports Across U-Hub initiatives throughout the year.